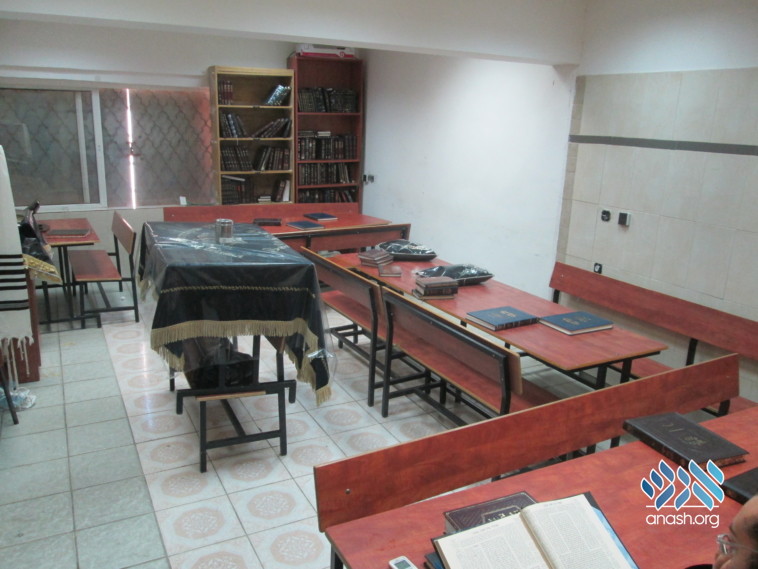 The new year is only beginning, but Yad L’achim‘s persistent struggle against those wanting to convert Jews r”l has already been met with great success.

The following story occurred in one of the central cities in the South of Israel. Missionaries had managed to rent a building in the city’s urban market for their nefarious activities. The missionaries paid very high sums for the rental of the property, and the landlord, blinded by the money, preferred to turn a blind eye to their activities.

The modus operandi of missionaries in Israel is to present themselves as religious Jews, complete with yarmulkahs and talleisim. They present their centers as synagogues, holding services where they even read from a Torah. For unsuspecting Jews who do not regularly visit a shul, this is enough to have them fall into the missionaries’ trap.

Yad L’achim found out about this center almost by mistake. Six months after the missionary center opened, a resident of the city innocently told his frum neighbor that he started visiting the new shul run by “Rabbi Shimon Pliner”. The frum neighbor, who happened to be a Yad L’achim activist, was horrified when he heard this name. He immediately realized that this was the cover story of missionary Semion Flinner, who had been operating in the city for several years, and was now able to take on a rabbinic figure to blur his identity and purpose.

After the central offices of Yad L’achim were notified, they started to wage a battle against a poison that had been repackaged as sweets. They sent volunteers to stand in front of the center and warn people of the dangers. The dedicated volunteers chalked up many hours of talking to Jews and convincing them to try authentic Judaism.

After a long two years, when the number of Jews entering the establishment dwindled sharply, the missionary realized that he had lost the campaign and closed the church. For a while, it remained locked; the owner continued demanding the high rent he was accustomed to receiving.

Just two weeks ago the owner finally agreed to rent the property at market value to residents looking to open a shul. On Wednesday, Rosh Chodesh Cheshvan, a chanukas habayis was held, celebrating the opening of the new shul.

Yad L’achim activists came to take part in the event and one of them spoke with great emotion about the transformation of the place and its redemption from its previous state.

“The initials of this year are תהי’ שנת פדות,” a Yad L’achim representative shared. “We pray and hope that this year we can, b’ezras Hashem, reap many successes and return as many Jews as possible to the G-d of Israel.”