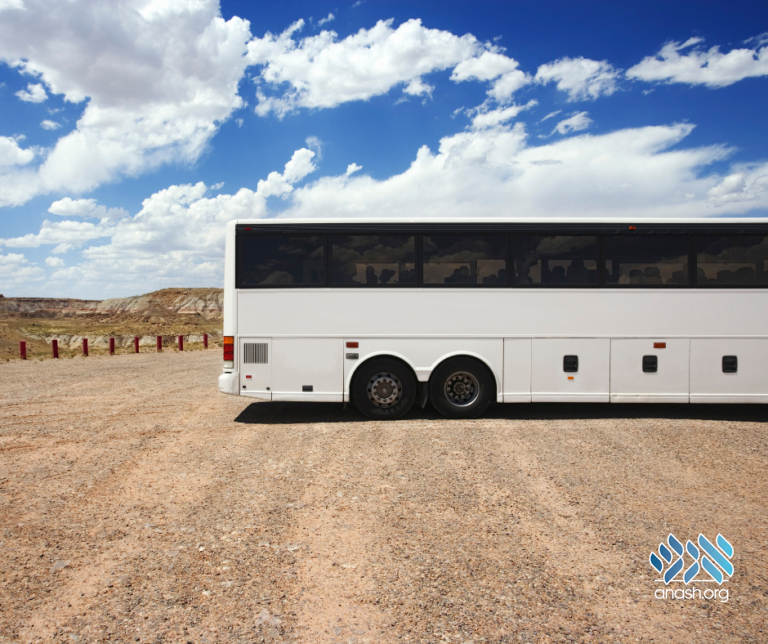 Seemingly innocent advertisements that appeared this past weekend in a number of large communications outlets in the center of the country raised the suspicions of a religious woman living in Bat Yam. The advertisements – which suggest that people “Arise and walk the land of the forefathers,” and offer free tours of Israel – sounded a bit fishy.

She called Yad L’Achim‘s 24-hour hotline and notified the counter-missionary organization of the advertisement, adding “the fact that the tours were offered for free raised my suspicions.”

Yad L’Achim immediately looked into the situation and discovered that the advertisement was indeed part of a dangerous missionary ruse. One of its field workers signed up for the tour, posing as an innocent citizen, and got details on the time and place the next bus was to depart. Meanwhile, Yad L’Achim volunteers converged at the site at the designated time and warned participants of the missionary nature of the tour.

Shimon Abargil, a field coordinator for Yad L’Achim, described the bedlam at the site. “When we arrived, we discovered 20 people who’d assembled to join the tour. When they understood that they’d been tricked by the missionaries and enticed by a tour that was aimed at getting them to convert out of their religion, they began screaming and cursing the missionaries. Most of them backed out of the tour.”

In the end, only five people boarded the bus, three of whom were non-Jews.

Information reaching Yad L’Achim later verified that the tour did indeed include stops at Christian-missionary sites, chief among them the church at Mercaz Clal in the heart of Jerusalem. There, members of the group were forced to listen to missionary sermons urging them to convert. The missionary Shlomi Abramov, from Rishon Lezion, who organized the tour, handed each participant a copy of the “new testament.”

This past Sunday morning, Yad L’Achim activists came to the police station in Bnei Brak and filed a complaint against Abramov. They claimed that the tour, which combined sight-seeing with missionary sermons, is in violation of the law that forbids offering monetary benefit to get people to convert out of their religion.

Yad L’Achim demands that the Israeli Police order an immediate halt to the tours and hold Abramov for investigation for violating the law.

“Clause 174a of the penal code states clearly that ‘one who gives or promises money or something of monetary value or material benefit to entice a person to convert out of his religion or to entice someone else to convert, may be sentenced to up to five years in prison.

“We have in our possession testimony proving that he engaged in such activity, and we hope that this time the police will not hasten to bury the file due to ‘lack of public interest,’ as it usually does. The Jewish public in Israel, in all its shades, is very interested in the subject of conversion out of our faith and there is broad consensus against Christian missionary activity.”

Yad L’Achim repeats its request of the public to be aware of the mounting missionary activity at this time. “The missionaries are taking advantage of summer vacation to sermonize, including, as we see in this case, with deceitful offers of vacations and gifts. Anyone who encounters missionaries or suspicious activity is asked to immediately contact the emergency hotline at 1800-620-640.