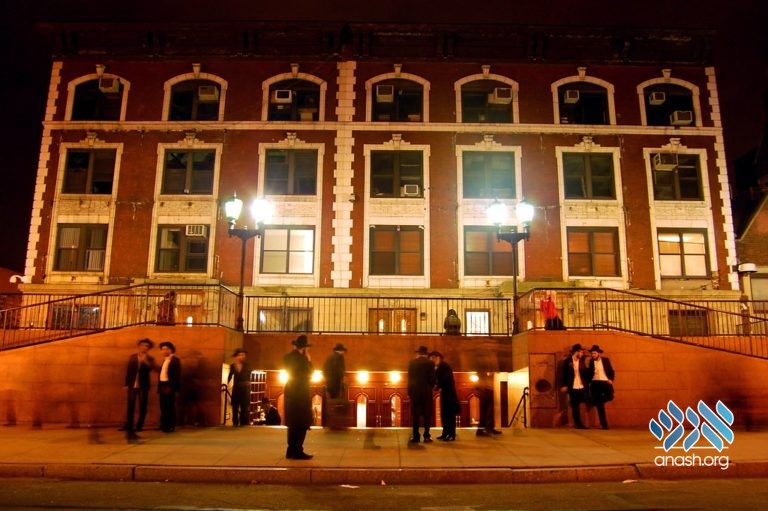 Shortly after kiddush levana on Motzei Shabbos, a group of people with loudspeakers took up positions outside 770 and announced that they were there to protest hate and stand in solidarity with the Jewish community.

As a crowd gathered to listen, the speakers changed their tune and began to spout classic missionary rhetoric.

A bystander told Anash.org: “It’s obviously a waste of time to talk to these people but in this case, I felt it was an outrage to use antisemitism as a means to promote their views. I said this straight out to one of them and kept reiterating this point. I didn’t argue with him about his dogma.

“Unfortunately, there were many children on the scene who got involved in discussions with the missionaries. The speakers used excellent Hebrew, had clearly learned a lot and may have caused much confusion for these kids. Parents need to be alert and speak with their children about this.”

Missionaries will typically use provocative language to draw people into conversation, and in most cases, the best response is simply no response.