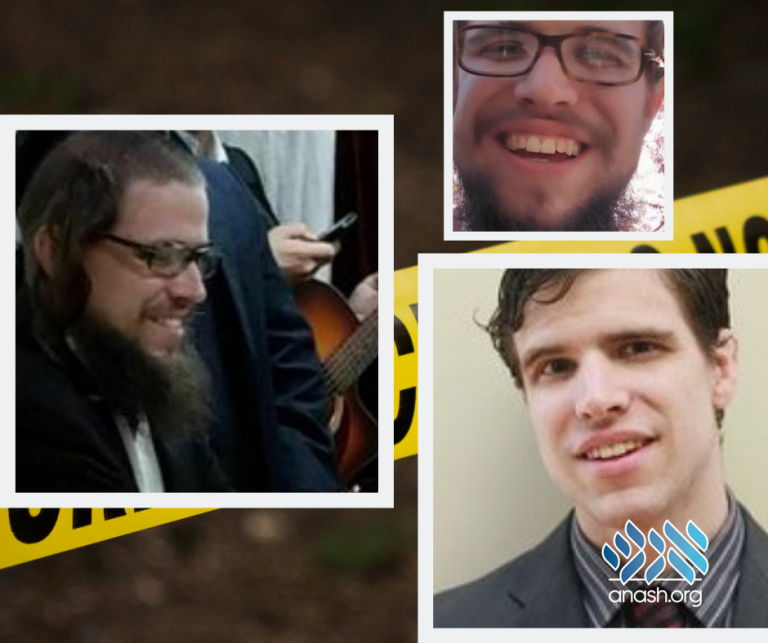 A family who recently joined Chicago’s Jewish community has been exposed as missionaries determined to spread Messianic Christian beliefs. The inside story.

David and Rivkah Castello arrived in Chicago around two months ago, presenting themselves as recent baalei teshuvah. Within weeks, they were integrated into the local anash community, joining whatsapp groups, attending minyanim and shiurim, and even securing jobs – he in a Kosher grocery store, and she as a babysitter for a Jewish family. When asked, they would share limited details about their background, saying that Rivkah was from a sefardic family and that David had begun growing his long peyos while living amongst a Satmar community.

Simcha Wait, a member of the community who began developing a friendship with David, told Anash.org of his suspicions in the weeks leading up to the dramatic events that ousted the Castillos.

“Before discovering Yiddishkeit, I was involved with a movement centered around Christians following the Torah. I began wearing tzitzis and studying the weekly parsha; eventually I came to reject many of my original beliefs and embrace Yiddishkeit completely.

“A short while ago, on Friday night between mincha and Kabolas Shabbos, I told David of my own journey to Yiddishkeit, and asked if he was familiar with any of the leaders in my old circle. David was indeed somewhat familiar, and expressed a desire to speak to me about some important matters in private.

“During the conversation, David warmly mentioned a close friend of his, a Messianic Christian whom I knew. Surprised, I asked, “Do you and he share the same beliefs?” David responded in the affirmative. As we began to daven, it occured to me that my new friend might be on the same journey that I had found myself some years ago. Not wanting to turn him away unnecessarily, I resolved to dig a little deeper and bring my doubts to someone who could get to the bottom of it.”

In the meantime, however, things came to a head. Most mornings, David would join various minyanim for shacharis, followed by chavrusa learning. One morning, David deviated from his regular routine and joined an earlier minyan at a different shul than usual. As he was putting on his talis and tefillin, a sofer visiting from Williamsburg noticed him and did a double take. He quickly approached one of the mispallelim and informed him that this man was sent away from his previous kehillah for spreading heresy and ideas foreign to Torah, while his wife did the same amongst the children!  Immediately, this information was shared with Rabbi Levi Notik, the rov at F.R.E.E. of Chicago.

Rabbi Notik, with the help of Rabbi Bentzion Kravitz of Jews for Judaism, unraveled a disturbing history. Ties to several Messianic websites and organizations were uncovered, and a search of Rivkah’s Facebook page brought to light her religious beliefs, which are dramatically out of line with Yiddishkeit. By speaking with the rav of the community from which they had been sent, they were able to expose the couple’s true purpose of infiltrating the chassidic community and influencing its unsuspecting members. They found documentation proving that David and Rivkah were in fact employed and funded by a missionary organization, and discovered online publications that made their intentions clear.

When Rabbi Notik confronted David, he didn’t deny anything, instead confirming and elaborating upon his Christian beliefs. Rabbi Notik asked about his ties with the organization which appeared to be employing him, and David admitted to this, stating that this was indeed his mission and he would continue to strive to achieve it. At this time, the Chicago Jewish community has been informed about the Castillos’ true intentions, and are warned to refrain from any form of engagement with them.

In an exclusive interview with Anash.org, Rabbi Notik had this message to share with Lubavitch communities around the world:

While Lubavitch mosdos aim to be open and welcoming, it should not chas veshalom become hefker (free-for-all). It is important that we keep our eyes and ears open, and to reach out when we have concerns. When someone is sharing ideas that seem foreign to Yiddishkeit, we should not accept it as valid because of the frum life they lead or their belonging to our shul. Just as we must constantly be aware of threats to our physical safety, we must be no less vigilant in guarding the spiritual surroundings of ourselves and our children! This is not limited to situations involving missionaries r”l; we must be careful of any foreign influences we encounter. We should be in touch with a rov and mashpia who can offer guidance and perspective when our hashkafos are challenged.

It is also vital to note that this situation was caught quickly and dealt with before there was time for damage to be done. In communities where this family had previously been, things had already progressed by the time the truth was uncovered! Now, within two days of receiving this tip, the full gravity of the situation and its potential repercussions were brought to light. Those who needed to be confronted were approached, and notice was given to all who needed to be warned of the situation at hand.

When we see or hear something that seems questionable, and certainly if we recognize kefira, we should bring our concerns to the community rov so that he can deal with the situation swiftly and responsibly. It is highly inadvisable for those without the necessary expertise to engage with these individuals on our own. The same applies when we are suspicious of the intentions of someone who is integrating into the community.

Follow the golden rule of safety: if you see something, say something!