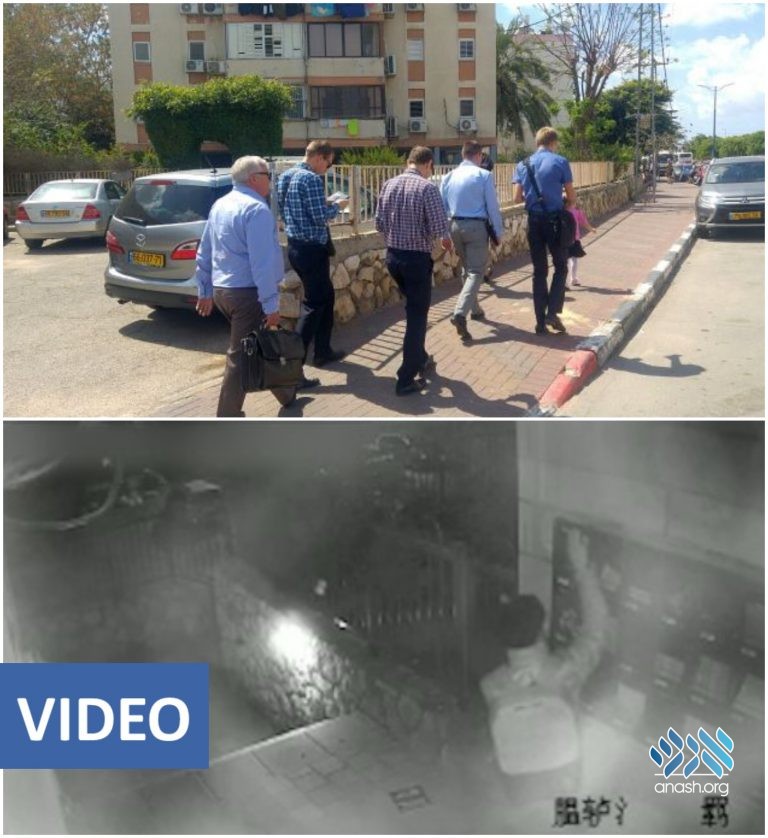 The coronavirus outbreak has made many feel lonely and anxious, and missionaries are utilizing the crisis to take advantage of their vulnerability.

From the start of the corona outbreak, Yad L’Achim warned that missionaries would be trying to take advantage of the fragile situation – the fact that the public has more time to think about life and its meaning, the economic crisis that has hit many, the sense that people are more open than ever to make changes in their lives – to advance a brainwashing campaign aimed at baptizing Jews. Sadly, those warnings have materialized.

If at first the missionaries focused their efforts on spreading their message over the internet, they are now on Israeli streets filling residential mailboxes with Christian teachings. It is estimated that the campaign has reached more than 50,000 homes.

Film taken by security cameras in a building in Yerushalayim show a missionary wearing a corona mask and gloves distributing material and then photographing his handiwork. “These pictures are transferred to the umbrella missionary organizations in Israel which transfer them to the evangelical churches abroad in order to continue receiving support that runs into the hundreds of millions of dollars a year dedicated to getting Jews to convert to Christianity,” said a Yad L’Achim official.

The countermissionary organization was quick to alert its teams of volunteers in each of these cities, comprised of anywhere between dozens and hundreds of members, to circulate in the areas where missionary pamphlets were distributed and warn residents of their content.

Meanwhile, members of J’s Witnesses have been unrelenting in their efforts. Two months ago, Yad L’Achim reported on a wave of phone calls and text messages that the cult was sending to hundreds of people a day. It continues to hunt Jews via deceptive means.

Yad L’Achim says that the missionary wave is still peaking and that the massive distribution is set to continue in the coming days. It asks the public to keep an open eye and report any missionary activity, any attempt on their part to take advantage of the elderly, young or those in distress – which is forbidden by law – by calling the organization’s hotline.