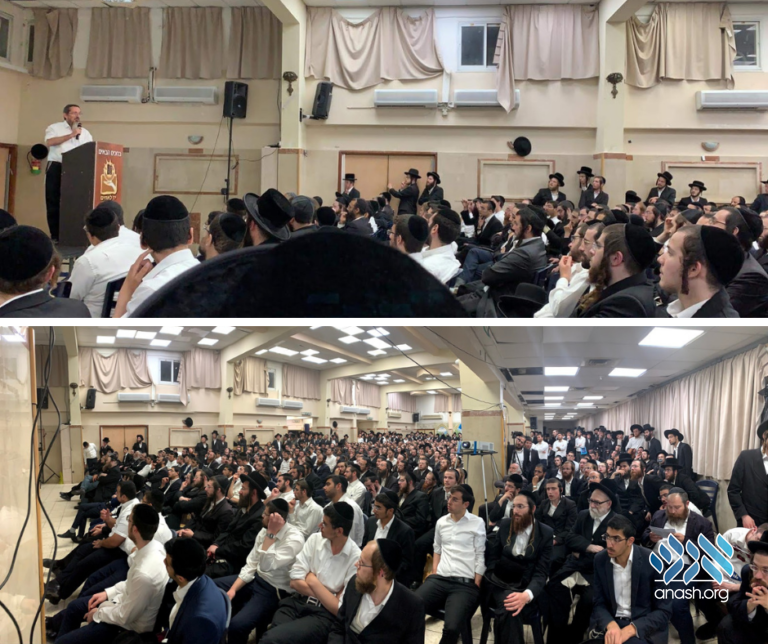 Over a thousand people took part in an extraordinary conference organized by Yad L’Achim to sound the alarm regarding mounting missionary activity in chareidi neighborhoods in Yerushalayim.

Chabad chossid Rabbi Binyamin Kluger, a former missionary who today serves as a special consultant to Yad L’Achim, mesmerized the overflow crowd with his personal story and his first-hand accounts regarding the instructions he’d received to convert Jews out of their religion. “It’s better to baptize one Jew than to baptize 100 goyim,” he was told. He was accompanied by a power-point presentation that included authentic film snippets taken by Yad L’Achim showing missionaries dressed as chareidim circulating undisturbed in chareidi neighborhoods. Rabbi Kluger also detailed the broad range of activities initiated by the Yad L’Achim to combat the missionaries.

At the end of the evening, Rabbi Shimon Abergil, Yad L’Achim’s field coordinator, was asked to say a few words. Rabb Abergil, who is in charge of hundreds of activists and volunteers, stressed the importance of people contacting Yad L’Achim with updates on missionary activity.

“Our success in uncovering this activity, and combating it, often comes from tips provided by people who’ve been exposed to events in the field and notify us in real time,” he said.

He provided figures on the number of calls received by Yad L’Achim, and asked participants to fill in forms with their details and join the broad, defensive activities of the organization.

At Yad L’Achim, officials noted with satisfaction the enthusiastic reaction to the conference, which signaled how urgently it was needed. “All the participants praised the conference and said they were shocked at the phenomenon of missionaries,” one official said.

“Many dozens of new volunteers filled in forms asking to join in the huge campaign of field activists. Many others provided information they had on missionary activities they had witnessed or experienced. They took the phone numbers of field coordinators with the intention of keeping them posted of missionary activity.”