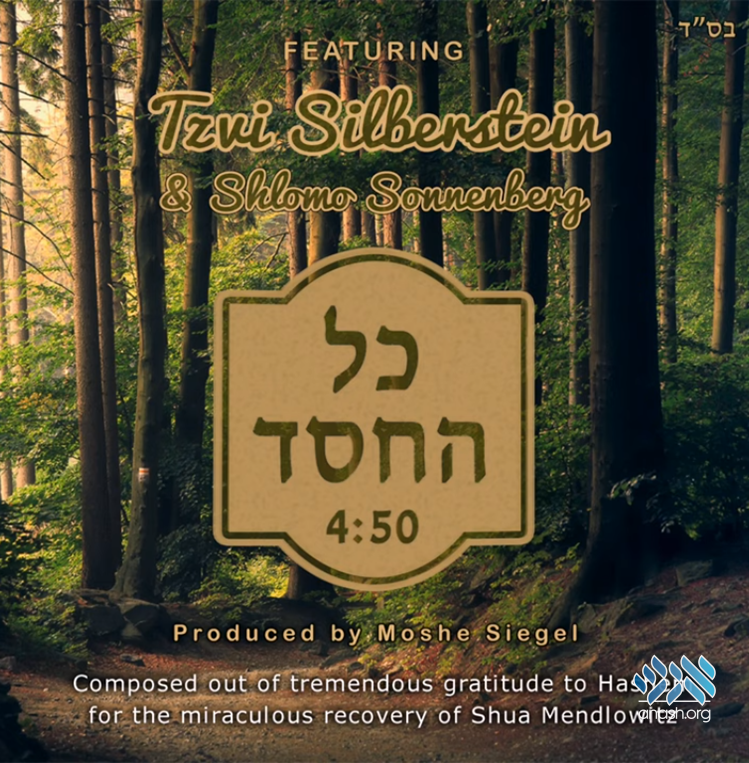 Listen to Kol Hachessed, a beautiful song of gratitude composed upon the miraculous healing of a special individual, Shua Mendlowitz.

Kol HaChessed is no ordinary song – it is a shir that was sparked from an immense feeling of hakaras hatov to Hakadosh Baruch Hu. That was the moment news broke of Shua’s road to a full recovery, as what he describes as “open miracles.” What was once a life-threatening illness miraculously became a thing of the past.

Although Shua Mendlowitz has been confined to a wheelchair his entire life and has faced numerous challenges most will never deal with, his pure simchas hachayim is both contagious and enviable. Everybody loves being around him, as Shua is a very sociable and super popular. Shua has a passion for music, and he cherishes spreading the gift of music with his talent on the keyboard for others to enjoy.

Shua Mendlowitz is known to be a fighter. Every year, Shua rolls the Miami half-marathon along with Team Lifeline to benefit the impactful work of Chai Lifeline. In his past decade of training and crossing finish lines, Shua has raised over a whopping $44,000 for their cause.

In 2018, Shua fell extremely ill, and many heartfelt tefillos were recited on his behalf. B’Chasdei Hashem, Shua has had a miraculous recovery back to his routine of being an elementary school aide. Nothing can more appropriately convey the gratitude of Shua and his plethora of friends to Hakadosh Baruch Hu than a song that is yotzei min haleiv. Shua is thrilled to release Kol HaChessed as an opportunity to “thank Hashem for saving my life.”