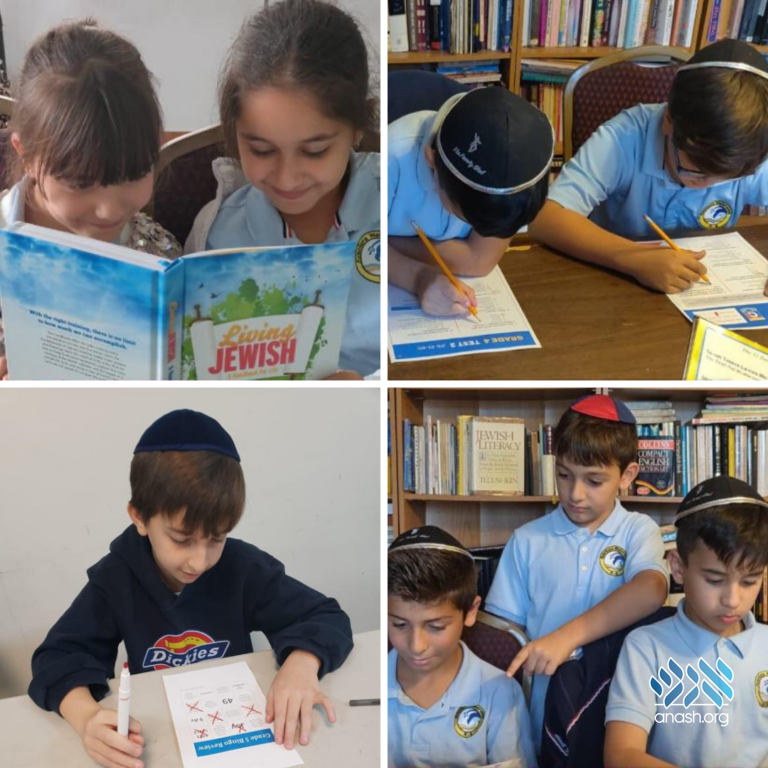 On February 9, students from 3 Miami Hebrew schools will go head-to-head onstage in a Torah competition.

Kids in Sunny Isles Beach love Hebrew School. The minute they walk through the door, they have smiles on their faces—then when they leave they go back to their regular, busy lives. “Homework has never really worked for us,” says director Chana Altien.

That all changed when Altein introduced JewQ. Now, kids take their books home to study on their own time, even starting a JewQ Whatsapp group to coordinate study sessions. “I was so impressed—and surprised—to come downstairs one morning and find my son already awake, studying for JewQ on the phone before school,” one parent told Altein. In a community where Hebrew school has always stayed at school, JewQ has been “a major breakthrough for us,” Altein says.

In just a few weeks, close to 30 JewQ champions from 3 Hebrew schools in the Miami area will represent their grades in a live competition event hosted by Rabbi and Mrs. Katan of The Shul of Bal Harbour. Students who make it onstage have scored the highest on 3 tests taken over the past 3 months; they have earned their time in the limelight. Says Katan about her students: “They are extremely self-motivated. I didn’t expect them to take this so seriously.”

Kids have been learning material from their JewQ textbooks, which were written and designed especially for the championship. Called Living Jewish, the books cover basic fundamentals of Jewish practice. “My daughter goes to bed every night with her JewQ book,” one parent told Katan. “I wish I could record her studying in the dark, reading the Jewish facts over and over again.”

Hebrew school director Layah Kievman of Dade County is shocked by how much information the students have absorbed. “We teach a lot of this information year after year,” she says. “And all of a sudden, with the kids motivated by the JewQ competition, they know their stuff backward and forward.”

The Miami game show is just one in a series of regional events taking place before the international Shabbaton this March. The unforgettable weekend experience in Crown Heights, New York, brings parents and kids together for thrilling adventures and meaningful Jewish experiences.

“For me, the clincher to joining JewQ this year was the Shabbaton,” says Kievman. “The 2 kids who went last year came back totally inspired,” Katan adds. “After JewQ, one of the boys went to a Jewish summer camp for the first time.”

The promise of the international Shabbaton is what gets kids motivated to learn, along with other incentives provided by each region. In the Miami region, participating JewQ students join a trip to trampoline park and obstacle course, Ninja Lounge, with their Hebrew school friends. “It’s our first school trip,” says Altein. “The kids are really excited.”

The JewQ model is the alternative to traditional classroom teaching that is on track to become the next big thing in Jewish education. So far this year, 2100 Hebrew school students have joined, double last year’s 1008. At the Miami regional event alone, close to a hundred seats will be set up for the game show audience. “We’re opening the game show event up to our whole community,” says Keivman. “So everyone can see how much the kids have learned.”