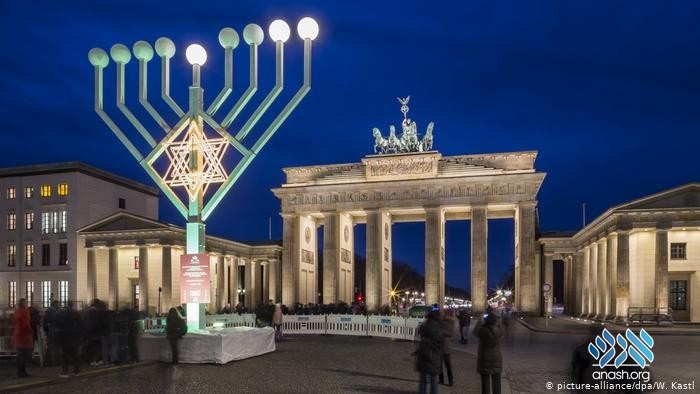 She conceded that, “unfortunately, over the years we have not been able to deal with [anti-Semitism] satisfactorily.”

The interview comes after Germany’s anti-Semitism commissioner Felix Klein warned on Saturday that Jews refrain from wearing a kippah in public.

“My opinion on the matter has changed following the ongoing brutalization in German society,” Felix Klein told Funke media group newspapers. “I can no longer recommend Jews wear a kippah at every time and place in Germany,” he said.

In response to Klein’s warnings, the German government called on all of Germany to wear kippot in solidarity with the Jews. “The state must see to it that the free exercise of religion is possible for all … and that anyone can go anywhere in our country in full security wearing a kippah,” Merkel’s spokesman Steffen Seibert, said on Monday.

On Monday, Bild, Germany’s largest newspaper, printed a kippah on its front page so that Germans could cut it out and wear it.

According to data from the German Federal Ministry of the Interior released this month, there has been a rise of 20% in anti-Semitic crimes in the country.

Chancellor Merkel has been accused of making way for the rising populism in Europe due to her open-door policy regarding refugees. In her CNN interview, she defended her decision, saying that because of Germany’s past, they must be more “vigilant” than others.