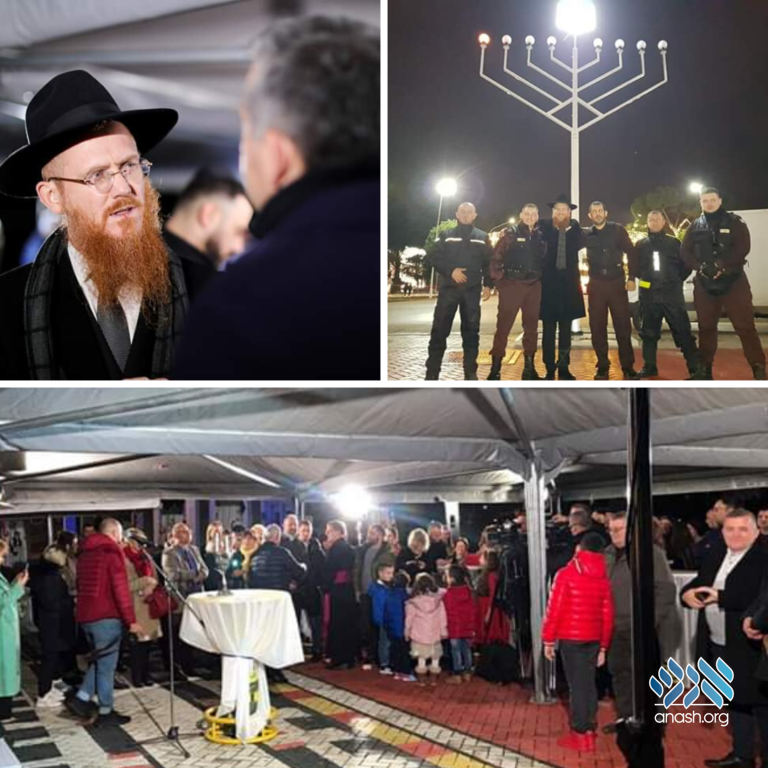 An unprecedented pirsumei nisa took place in the majority Muslim country of Albania. Shliach and Chief Rabbi Yoel Kaplan erected a huge menorah in the center of Albania’s capital city Tirana, across from the President’s residence.

The main event was dedicated to honoring IDF soldiers and families who came to help after the earthquake that hit Albania a month ago.

The event was attended by Albanian Jews alongside Members of Parliament and locals who came to thank the Jewish people for their support and standing alongside Albania.

Honored at the lighting were the President’s adviser, the Ministers of Infrastructure and Tourism. Colonel Golan Wach, who headed the Israeli delegation, lit the menorah and delivered a live message from the rescue unit headquarters in Israel.

The event is extensively covered in the media and caused the great Kiddush Hashem.