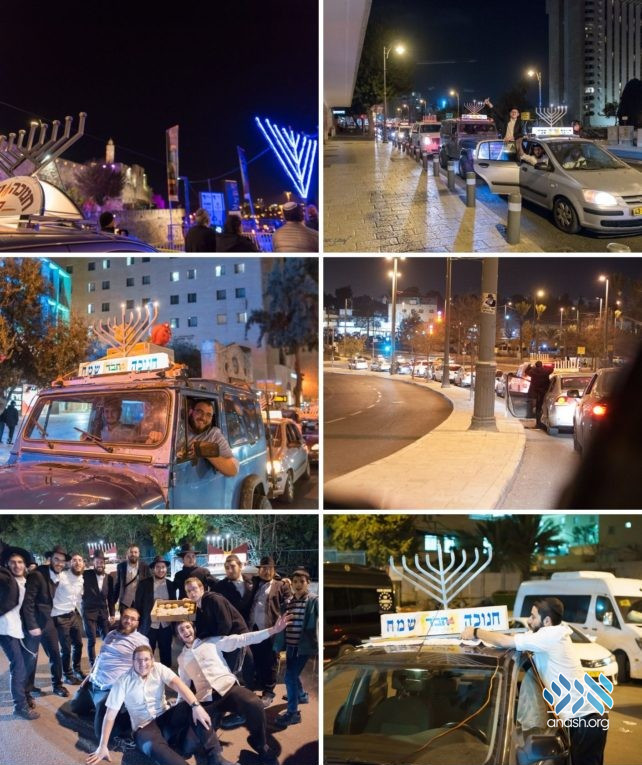 For the seventh consecutive year, a parade of Chanuka Menorah’s illuminated the whole city of Yerushalayim with the light of Chanuka.

The parade consisted of dozens of vehicles with menorahs glowing in the distance , with loudspeakers playing chassidic melodies. Hundreds of donuts, menorahs and holiday flyers were also distributed.

This year, for the first time, a live broadcast from the parade was transmitted by the Israeli broadcaster Rabbi Uri Revach, on Kan Moreshet TV, who was present throughout the entire parade.

This year’s was parade was organized by the bochurim of ‘Ata‘ in Toras Emes Yeshiva, headed by Bochurim Naria Zinger, and Shneor Mor Yosef, in cooperation with Tzach in Yerushalayim.