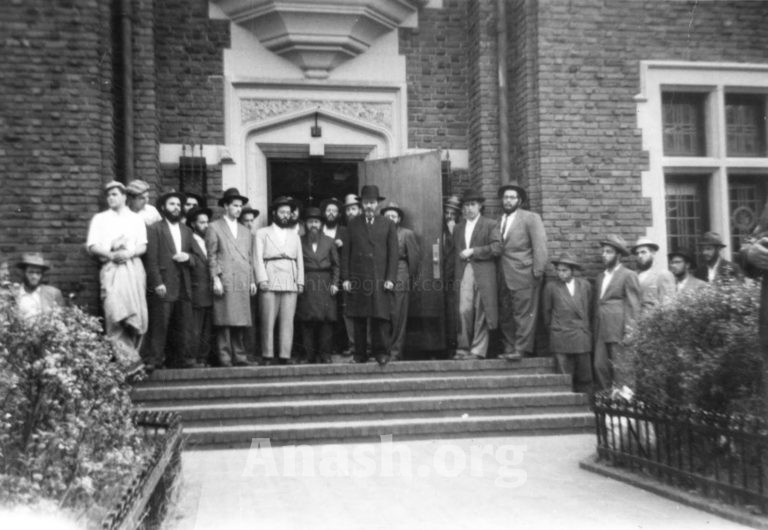 One member of Anash remembers how the Rebbe made sure tahalucha left on time and on schedule.

We all know about the minhag of Lubavitcher Chassidim to head out to neighborhoods all over New York City to bring simchas yomtov and share words of inspiration of the Rebbe to those who may not have the opportunity to hear it otherwise. On Pesach, this takes place after mincha on Shvi’i Shel Pesach. There’s a system in place: Mincha is announced for an earlier time than usual in 770 and after davening the groups head out. For years the Rebbe would see them off, and the group would head out with a victory march. But things weren’t always that organized. Here’s what Crown Heights Resident Reb Yossel Katzman remembers: (Free Translation)

Until 5731/1971 the Rebbe would eat all Yomtov meals at the apartment of the Frierdiger Rebbe. The Rebbe would daven mincha after the seudah and would then go home for a few hours. he would usually not be there when the tahalucha groups left. Tahaluchain 770 would be announced for some time between five and six o’clock, depending on the year and what time licht bentshen was. But it was always a “balagan,” and until the groups left took a long time.

In 5731/1971 the Rebbe no longer at the Yomtov meals in 770, but instead would go home to his house on President Street to eat. Mincha was announced for the usual time, with tahalucha scheduled to leave one and a half hours before the 770 mincha time which the Rebbe would be joining. The Rebbe went home to eat seudas yomtov and returned to 770 about 2 hours later, before the time when tahalucha was scheduled to be heading out.

When the scheduled tahalucha time arrived and the oylem hadn’t left yet, I was standing outside 770, when all of a sudden I see people running out of 770 as if they were being chased! Then I see the Rebbe standing there. People were saying that the Rebbe was saying: “af vos vart men, men darf doch shoin gein!” So people immediately started moving out. The Rebbe stood in the doorway until the last person passed before him and left the building. A young Simon Jacobson was standing there holding the door of 770. The Rebbe turned to him and asked him: “farvos geistu nit?” (why are you not going?) He answered, “I’m holding the door.” At first, the Rebbe didn’t respond. But when the last person left, the Rebbe turned to Simon and said “yetzt kenstu oich gein.” (now you too can go.)

The Rebbe walked back into 770 and checked to see if anybody was still in the zal. When the time for mincha arrived, somebody had seen that the Rebbe had just a few minutes earlier, walked over to the door of gan eden haelyon and checked to see if the door was in the locked position because he had unlocked it when he walked out of his room to accompany those leaving for tahalucha.

When the time for mincha arrived and the Rebbe had not yet come to daven, Rabbi Hodakov walked over to the Rebbe’s room and knocked on the door, but there was no answer. (As if there was no minyan because everybody had gone to tahalucha.) Maariv was in the small zal upstairs. This is what I remember from then, part of which I heard and part I saw with my own eyes.

From that time the Rebbe would come out to each tahalucha on the shalosh regolim. The official mincha was from then on scheduled for prior to tahalucha. The whole oylem would then leave together, with the Rebbe seeing them off – Melech B’Yofyoi Techzenoh Einecho.