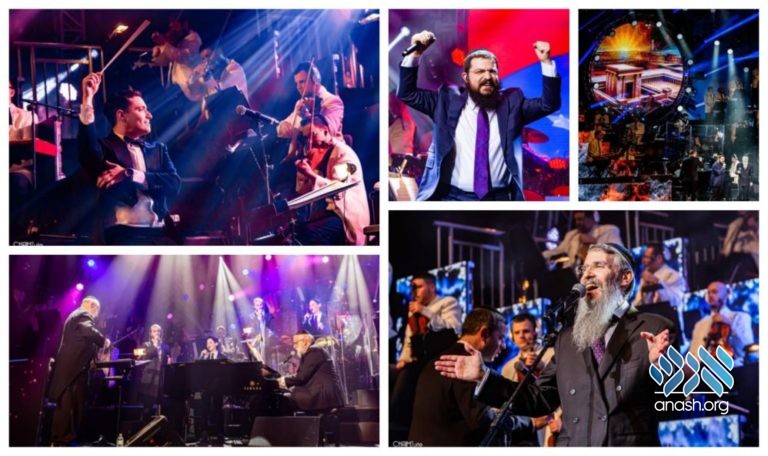 “From the moment we walked into David Gefen Hall at Lincoln Center, I knew this would be a night to remember!” That’s how a former Camp HASC staff member and his special guest camper described A Time for Music 33, which took place this past Sunday evening.

This year’s HASC concert certainly lived up to that standard, and by all accounts was an amazing evening of Jewish music, Jewish ruach, and true achdus in support of individuals with special needs and their families.

Upon entering the hall, guests immediately felt the electricity in the air. Staff members were gathering with their camper friends, community supporters, camper and staff families and thousands of friends of Camp HASC were excitedly gathering and getting ready for the special evening. Guests were greeted with the warm welcome and smiles of the Camp HASC administration, with Mr. Shmiel Kahn, Reb Judah Mischel, Chairman Abe Eisner, board member Jeremy Strauss and concert chair Eric Stern proudly ushering in the evening. Everyone found their seats…and then the true excitement began.

After just a moment’s time it was clear that A Time for Music producer Eli Gerstner produced another home run—again! The lighting…the video screens…the stage…every detail was just remarkable, as A Time For Music once again proved itself to be the greatest show in Jewish music.

Patrons of A Time for Music entered the evening with only guesses as to who would be singing. They were not disappointed! Throughout the evening, radio host and long-time concert MC Nachum Segal introduced one beloved star after another, surprising the crowd all night long.

The all-star line-up is almost too good to be true: The legendary performers included Avraham Fried, Israeli phenomenon Ishay Ribo, Shulem Lemmer, Yerachmiel Begun, Benny Friedman, Simcha Leiner, founder and lead singer of the Diaspora Yeshiva Band Avraham Rosenblum, and “Thank You, Hashem” Joey Newcomb, as well as a beautiful tribute to the legendary arranger and conductor Yisroel Lamm, with a huge symphonic orchestra conducted by Yoeli Dikman. An unforgettable night of the best in Jewish music.

The evening was a true celebration of the special campers, families and staff members of Camp HASC. The evening featured an emotional and inspiring video about one remarkable camper, Sruly Sokoloff, and his parents, Rebbetzin Brenda and Rabbi Aryeh Sokoloff. There were few dry eyes in the crowd as guests listened to their beautiful story and reflected about how Camp HASC has played such an important role in their lives and the lives of their children and friends. Appreciating one family’s story can help one realize just how impactful and meaningful Camp HASC is to hundreds of similar campers and to their thousands of family members.

A Time for Music 33 was an awesome and uplifting musical experience, where all who participated shared in the zechus of supporting the efforts of Camp HASC in providing a summer home for special neshamos from around the globe.