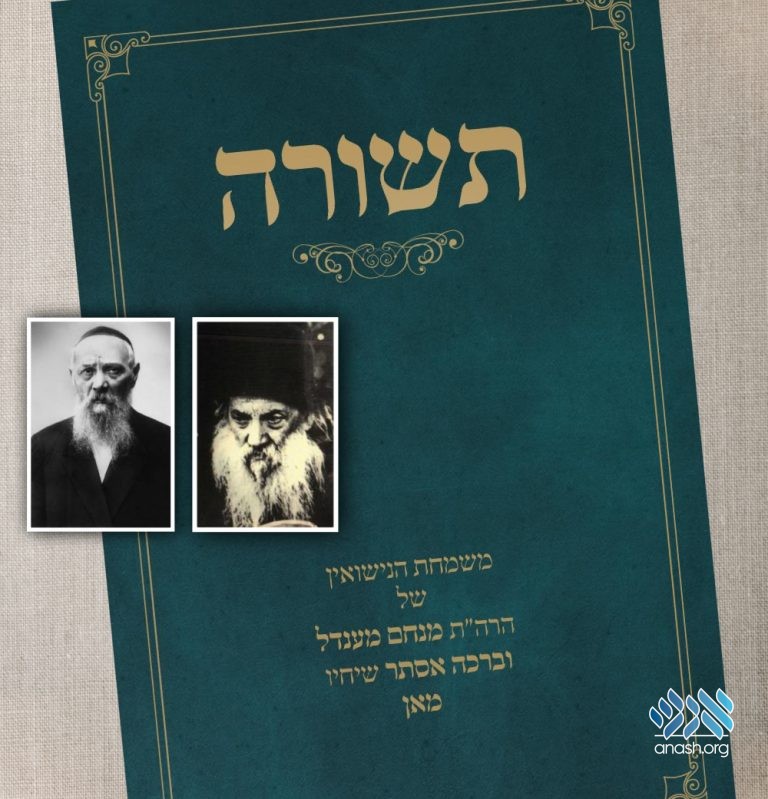 After a long break, weddings are slowly starting to resume, and along with them come the ‘teshuros.’ One such publication by a wedding last week contains unknown stories that were told by Reb Shmuel Levitin, including two about the Rebbe’s father.

After a long break, weddings are slowly starting to resume, and along with them come the ‘teshuros.’  These modest mementos often contain previously unpublished treasures, and are quickly devoured and passed from hand to hand, or sent over WhatsApp.

One such publication was given out by the wedding of Menachem Mendel Man and Bracha Esther Rodal this past Wednesday and did not disappoint.

Divided into categories, the teshura contains letters from the Frierdiker Rebbe and the Rebbe, a diary written by the father of the chosson, Rabbi Avrohom Mann of his time in 770, and stories of encounters the father of the kalla, Rabbi Menachem Rodal a”h had with the Rebbe.

The surprising part of the teshura, however, was something else entirely. The famed mashpia Reb Shmuel Levitin was instructed by the Rebbe to relate stories to a bochur in order for the bochur to transcribe them. Reb Shmuel did so, and told his recollections to [Rabbis] Yisroel Labkowski and Berel Lipsker. The stories were indeed transcribed, but they then disappeared and were thought to have been lost.

Just a short time before the chassuna, the notes the bochurim wrote were discovered, and the stories were published in the memento. The stories are for the most part previously unknown, including two about the Rebbe’s father.