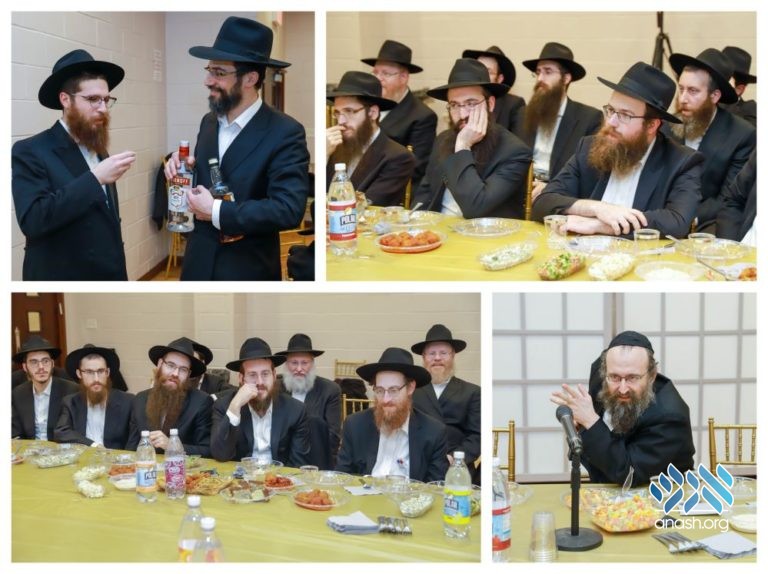 Over 100 educators gathered in ULY of Crown Heights to soak up inspiration and camaraderie at a farbrengen led by Rabbi Yosef Braun of the Crown Heights Badatz.

It has become a yearly highlight for many teachers: several months into the school year, mechanchim gather for a Yud Shvat farbrengen in Crown Heights. The evening, organized by Igud Hamelamdim, is an opportunity to recharge inspiration and connect with fellow educators.

This year, Rabbi Yosef Y. Braun of Badatz of Crown Heights, who spent many years in chinuch, led a dynamic farbrengen in the spirit of Shivim Shana. His address to the mechanchim was peppered with many chassidishe insights and ideas related to practical chinuch.

Among the many powerful stories and empowering messages Rabbi Braun shared was an anecdote about the illustrious chassid Reb Nissan Nemenov. Despite Reb Nissan’s depth of avodah, as told by other great chassidim, the Rebbe instructed Reb Nissan that his cheshbon hanefesh at Krias Shema She’al Hamita should be about his students.

Rabbi Braun also spoke about how much the seemingly simple things count; inspiring one’s students to look into their siddurim during davening is a major accomplishment. Another idea he emphasized was that the Rebbe’s call of “meinen mit an emes,” to everything with sincerity, must permeate a mechanech’s very being.