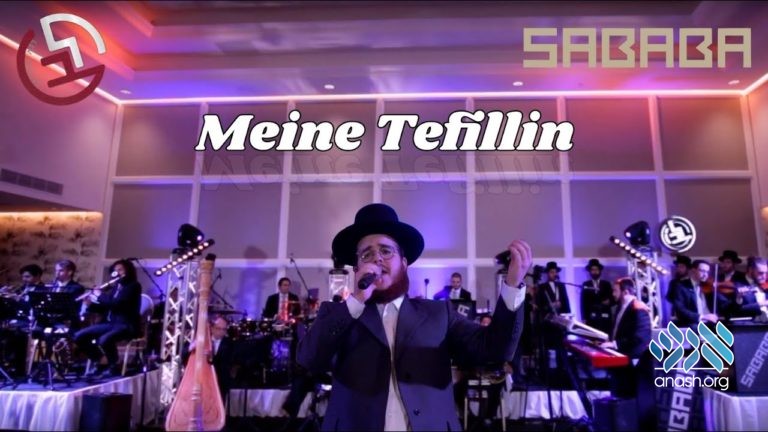 Listen: ‘Meine Tefillin’, composed by Lipa Schmeltzer and originally recorded by Avraham Fried, was performed by Yidi Bialostozky at a recent Sheva Brachos.

‘Meine Tefillin’ is a musical masterpiece composed and written by the legendary Lipa Schmeltzer. It was recorded by Avraham Fried on his album Ah Mechayeh and was arranged by Avremi G.

Blessed with a powerful sensational voice, rare vocal control and unique performing abilities, Yidi Bialostozky gives this song an unmatched performance. The musical accompaniment was rearranged by Mendy Hershkowitz and the Sababa Band, and rich vocal enhancement by the Lev Choir gives this song the perfect feel.

This song was performed live at a recent Sheva Brachos at the Brightstone hall.