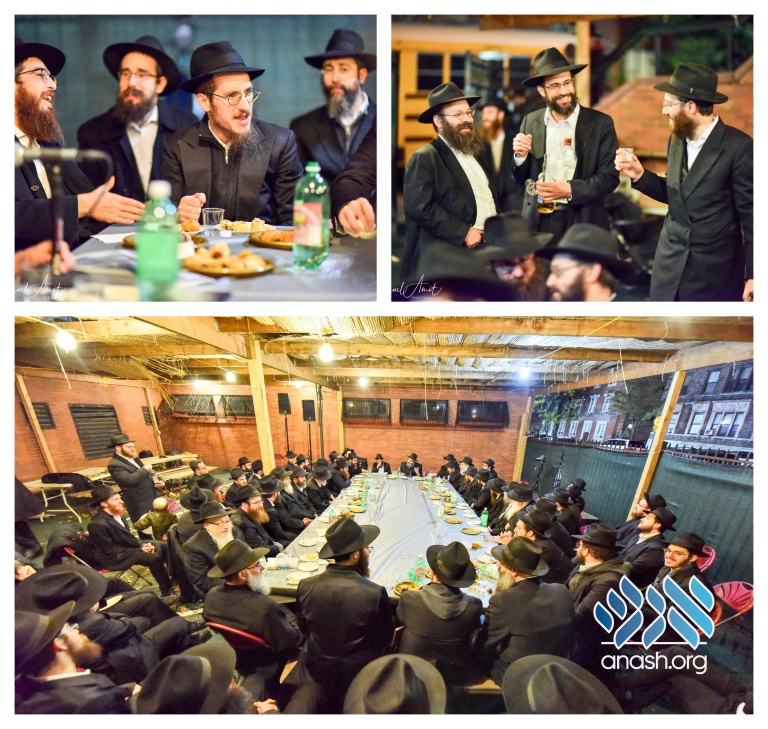 Over 100 mechanchim from Crown Heights and abroad gathered for a one-of-a-kind uplifting farbrengen and seudas hodaa. The event was organized by Igud Hamelamdim, a Lubavitch teachers’ association, and took place in the large sukka at ULY Crown St.

The gathering also served as a seudas hodaa for veteran mechanech Rabbi Yossi Katz, who marked one year since having had a successful heart surgery.

Renowned mashpia Rabbi Mendel Gordon of London invigorated the crowd with chinuch stories and personal experiences. He related how he had originally planned to go on classic Shlichus, but later came to realize how chinuch is a shlichus, and he is raising talmidim who will themselves continue to inspire others.

He drew a lesson from the day’s Ushpizin, Aharon Hakohen, regarding whom it is said that “he didn’t change.” The first meaning is that Aharon would light the menorah each day with the same vigor as the previous day, as if it was the first time. Likewise, a mechanech must feel like it’s a fresh experience, and he should thank Hashem for the special opportunity.

Another meaning of “he didn’t change” that the Rebbe quotes is that Aharon lit each of the seven lights of the menorah, which represent seven categories of Yidden, which different “light.” As mechanchim, we need not “change” the child’s nature, but rather to make him “shine” within his own unique nature.

Joyous niggunim were sung and it concluded with lively dancing. It was truly a farbrengen to remember.