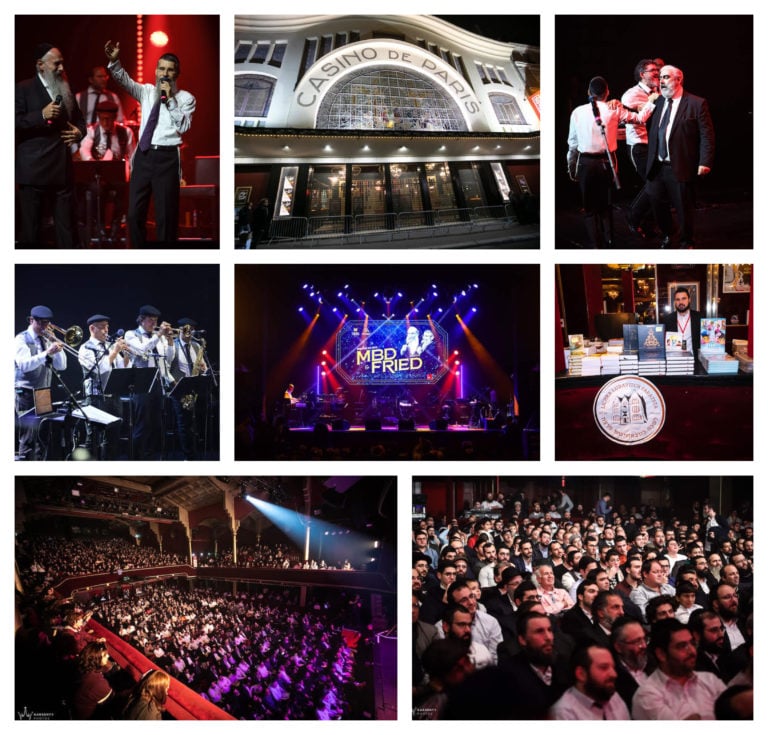 Under the gilding art deco of the Casino de Paris, over 1500 people gathered on Wednesday for an exceptional event. It was a combination of the two great stars of Jewish music, Mordechai Ben David and Avraham Fried.

The unprecedented concert, is owed to the initiative of two young associations: Torah Times – which in a few months has become an essential platform to discover the treasures of Judaism on the web, and Or Babayit – an organization that comes to the rescue of families in France and in Israel, living in substandard housing.

From the beginning of the evening, masterfully presented by Mendel Samama, you could feel the electric atmosphere that reigned. It began with reading a chapter of Tehilim by Levik Touboul of Cheder Lubavitch, in the merit of our brothers and sisters in Israel. This was followed by a short presentation of Torah Times by Rav Chaim Nisenbaum, highlighting the close links between the Torah study and music.

Then, to the music! With the crowds seated separately, men on one side and women on the other, the two conductors, Yuval Stupel and Moshe Roth accompanied Avraham Fried and Mordechai Ben David. The artists and Hamenagnim choir with the orchestra of Yossef Brami set an atmosphere that will mark the minds of the participants for a long time.

It was with great emotion that the assembly joined with Avraham Fried to sing Rosh Chodech Kislev’s Niggun in tribute to Rabbi Moulé Azimov and in honor of the Shluchim.

For such an evening, where Torah, Tzedakah, Tefila and simcha were at the rendezvous, be a success, it was necessary to count on the know-how of the production house LS Events which provided the logistics of preparation of this event.