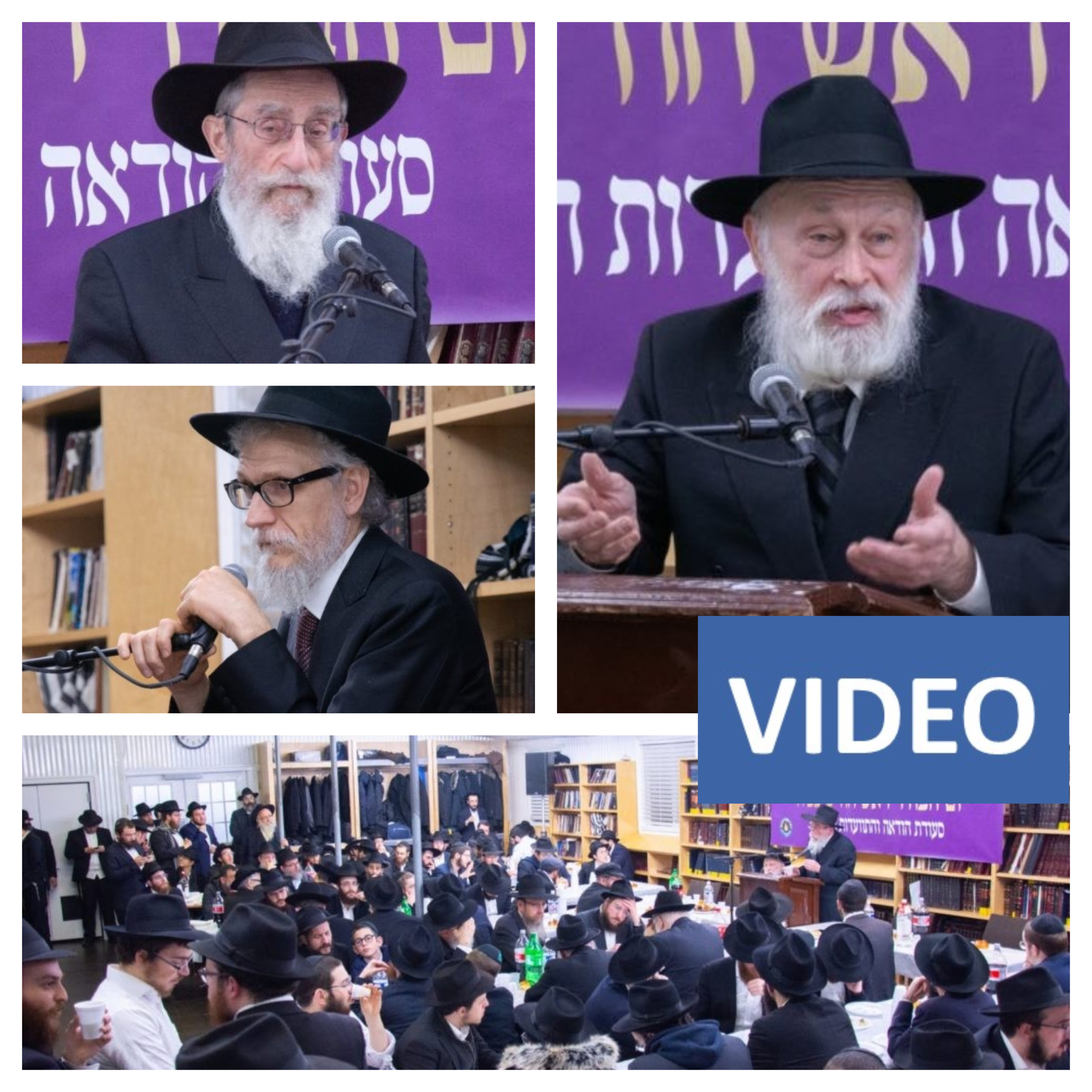 The anniversary of the Rebbe’s recovery in 5738 was celebrated by the Ohel with a fabrengen arranged by Vaad Or V’Chom, and broadcasted worldwide by Chabad.org

Hundreds gathered by the Ohel Thursday night for a farbrengen and seudas hoda’a commemorating Rosh Chodesh Kislev, the day the Rebbe first left 770 for his home after suffering a heart attack on Simchas Torah night.

The farbrengen was emceed by Rabbi Meir Harlig who organized the first seudas hoda’a in 5739 and every year since, l’orech yomim v’shonim tovos. First to speak was Rabbi Shmuel Lew from London, England, who farbrenged about what Rosh Chodesh Kislev means to us, in the years after Gimmel Tammuz.

Next, Rabbi Harlig called up Rabbi Yehuda Krinsky, member of the Rebbe’s secretariat. While introducing him, Rabbi Harlig shared an encounter he personally had with the Rebbe where the Rebbe praised his mazkir, surprising the protagonist who had never heard the story.

Rabbi Krinsky went on to relate the story of Rosh Chodesh Kislev how he saw and experienced it, from an ‘insiders’ perspective. Rabbi Krinsky shared how he was tasked by the Rebbetzin with finding a doctor after all doctors had given up and how he found Dr. Ira Weiss.

Choking up, Rabbi Krinski mentioned how the Rebbe’s doctor was currently in the need of a refuah shleima himself, and asked all to daven for יצחק זאב הלוי בן זעלדא. He concluded with more anecdotes from the trying months of the Rebbe’s illness and the celebration that followed the recovery.

Noticing Rabbi Shimon Hecht among the crowd, Rabbi Harlig called upon him to speak. Although he was not on the official program, Rabbi Hecht agreed to tell over memories of the Rebbe’s personal seudas hoda’a on Zos Chanuka 5738, arranged by his father Rabbi JJ Hecht, in which he was personally involved.

Next Rabbi Yosef Katzman spoke and described the feelings and actions of bochurim during Simchas Torah 5738 and the months that followed. Rabbi Katzman continued and farbrenged that standing 70 days before Yud Shvat, the 70th year of the Rebbe’s nesius, all chassidim should prepare themselves by adding in learning the Rebbe’s Torah.

Following the official program, the assembled sat down for unofficial farbrengens lasting for many hours, celebrating the auspicious day of Rosh Chodesh Kislev.