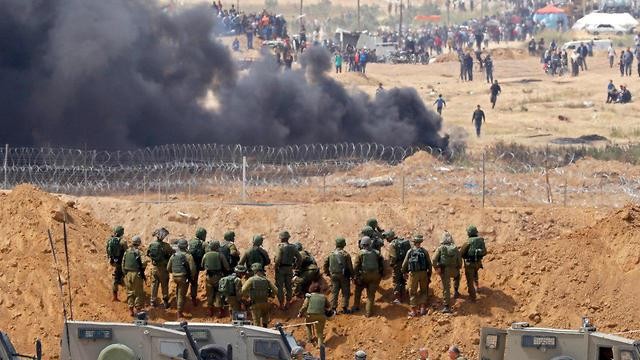 When Sarah’s young children were taken from her and smuggled back to Gaza by her Arab husband she began a long and arduous search that has lasted some 28 years. Miraculously, she recently located her children. Yad L’Achim made the connection between mother and children and helped them begin to learn about their lost heritage. On Erev Pesach an opportunity was found and hand shmurah matzos were smuggled into Gaza.

This story begins 40 years ago when Sarah (alias name) was a young Jewish woman living in Ashkelon. She met an Arab man and married him. The couple lived in Gaza for 10 years, they had a few children and then moved to Yaffo. After a few months, the husband decided that he wanted to move with the family back to Gaza but Sarah refused. He arranged for his wife to travel overseas and while she was away, he told the children that their mother had died a sudden death and that they were to be returning to Gaza.

Sarah returned to an empty house, she was devastated and had no idea where to start searching for her children. She tried her best to find them but every avenue she pursued was a dead end. Shortly afterward, Gaza came under the rule of the Palestinian Authority and in Sarah’s mind the chances of finding her children were hopeless.

Two years ago, Sarah asked the Mekubal Rabbi Dovid Abuchatzera of Nahariya for a brocha to find her children. A short time later, people from Yad L’Achim came with a medicine man to deliver the news that they had miraculously located her children. Sarah’s daughter was married to a local Gazan Arab and had 5 children of her own. Sarah’s other children were still unmarried.

On Erev Pesach, there was yet another piece of closure to this painful and drawn out saga. One of Sarah’s grandchildren required minor medical treatment and had to come to Israel. Yad L’Achim seized the opportunity to allow Sarah to meet her grandchild that was being accompanied by one of her Arab aunts. The meeting took place at a central location in a mixed Jewish-Arab city. At the end of the tear-soaked meeting, Sarah handed her grandchild a box of hand-made shmura matzah to take to the rest of the family in Gaza.

The matzos made it through the security checkpoint and were distributed to Sarah’s children and grandchildren before the Seder night. Yad L’Achim says that they are continuing to track this story and with the help of Hashem will see it through to a happy conclusion.