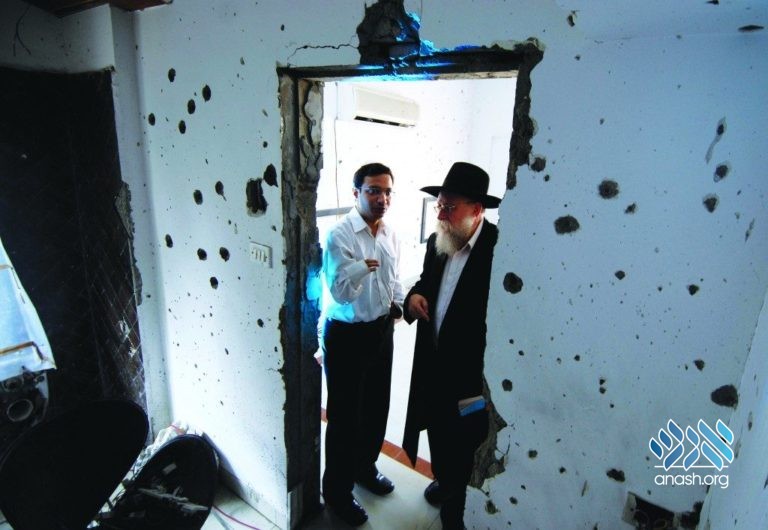 Pakistani authorities say they have arrested a radical cleric and U.S.-wanted terror suspect blamed for the 2008 Mumbai attacks, just days ahead of Pakistani Prime Minister Imran Khan’s trip to Washington.

Counterterrorism official Mohammad Shafiq says Hafiz Saeed was taken into custody in Punjab province on Wednesday while he was traveling from the eastern city of Lahore to the city of Gujranwala.

He said Saeed appeared before a judge and was ordered held in jail until the next hearing.

Saeed founded the Lashkar-e-Taiba group blamed for the Mumbai attacks. The U.S. has offered $10 million for him.

Pakistan banned Saeed’s charities earlier this year and has previously detained him, along with several close aides. However, he has not been charged or put on trial so far.

Among those killed by terrorists at the Nariman Chabad House in Mumbai in 2008 were Chabad Shluchim Rabbi Gavriel and his wife Rivka Holtzberg. Their son Moshe, two years old at the time, was rescued on the day of the attack by the family’s nanny.