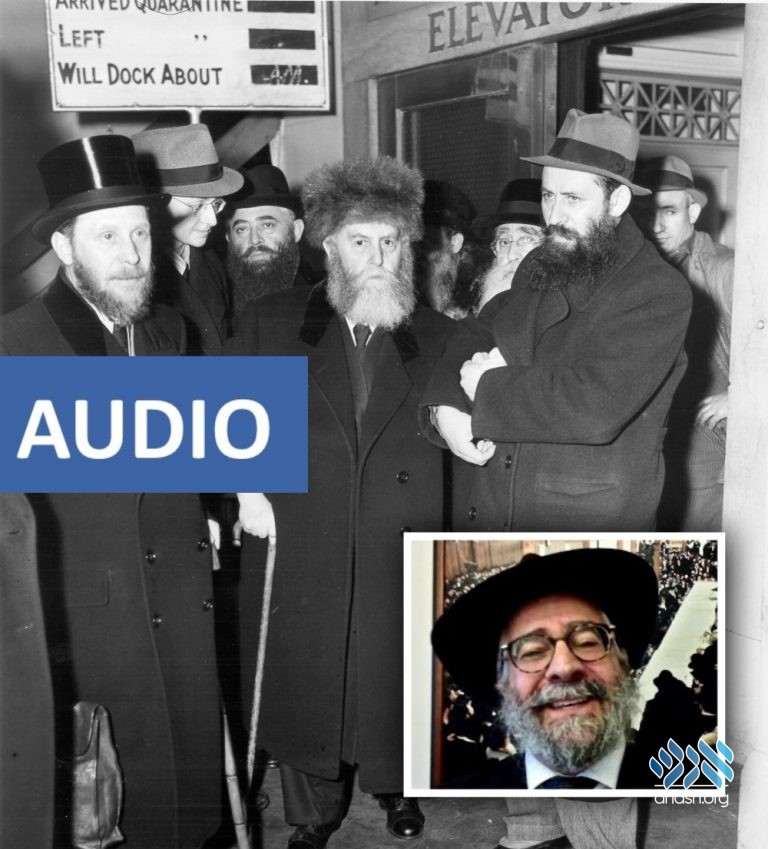 For the very first time, Rabbi Sholem Perl released ‘The Daring Escape’,  telling the story of the Frierdiker Rebbe’s escape from Atvotsk to the USA, in captivating theatrical drama.

For the very first time, Rabbi Sholem Perl released The Daring Escape of the Frierdiker Rebbe from Atvotsk to the USA, in captivating theatrical drama.

Experience the harrowing life-threatening journey from Atvotsk to Warsaw Poland, arriving on Tes Adar Beis at the Shores of the United States of America, and launching of the vital mission of ushering in the coming of Moshiach!

Witness the Frierdiker Rebbe’s Mesiras Nefesh and the miraculous G-dly protection he received, every step of the way, as he encountered the many trials and tribulations, during the heart throbbing treacherous escape from war torn Europe.

Fasten your seatbelts as you experience this adventure, keeping you at the edge of your seat.

Visit www.RabbiPerlStories.com to listen to THE DARING ESCAPE

We learn about the tremendous love & guidance the Frierdiker Rebbe showed Klal Yisroel. He imbued strength and Emuna into his Chassidim to remain strong and steadfast, even while facing tremendous danger.

The Chassidim showed unwavering trust and Kabolas Ol by following the Rebbe’s guidance meticulously, during their

The Frierdiker Rebbe proclaimed “America is no different” – than Europe, explaining that the “new American world” influences should not interfere with our dedication, love and commitment to serving Hashem and performing His Mitzvos.

The Frierdiker Rebbe blazed the path, paving the way of Mesiras Nefesh, Self Sacrifice, and Ahaves Yisroel, unconditional love for all Yidden, sending out Shluchim, to spread Yiddishkeit, as the Rebbe Nesie Dorienu continued to expand, sending Shluchim worldwide, preparing the world for the coming of Moshiach.

Due to some extreme dramatics, this story is not recommended for children under 13 years or for the faint hearted.

Visit www.RabbiPerlStories.com to hear more stories that capture the imagination of children of all ages, with theatrical drama, music, and sound effects, while teaching precious meaningful and timeless messages derived from the rich Chassidic tales of our past.

While our listeners experience the lives of Mesiras Nefesh and Emuna of the great Tzadikim, they are inspired and infused with Yiras Shamayim, Middos Tovos, Emuna and Bitachon, and a love for their practice of Yiddishkeit.