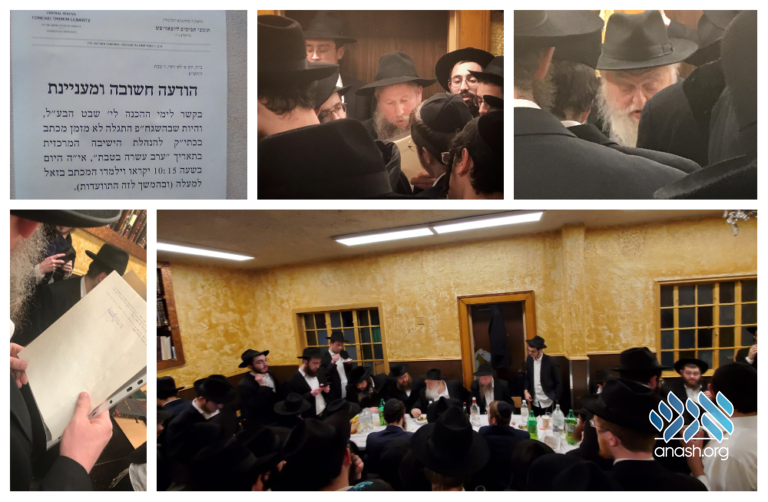 Hanhala of 770 Yeshiva marked the 50th birthday of Rabbi Kuti Feldman with a farbrengen in 770. At the farbrengen, a recently rediscovered letter of the Rebbe was read.

Students and friends of Rabbi Kuti Feldman gathered in the upstairs zal of 770 last night for a farbrengen marking his 50th birthday.

Rabbi Feldman is a mashpia in 770 and Oholei Torah, and shliach to North Brooklyn. Additionally, he gives many shiurim every week for married men, in 770 and other locations.

The farbrengen began with a special surprise. In 5739, the Rebbe wrote a letter to “the attendees of the annual dinner of the network of yeshivos Tomchei Tmimim Lubavitch.” The letter, delivered at the time written, went missing a few years later.