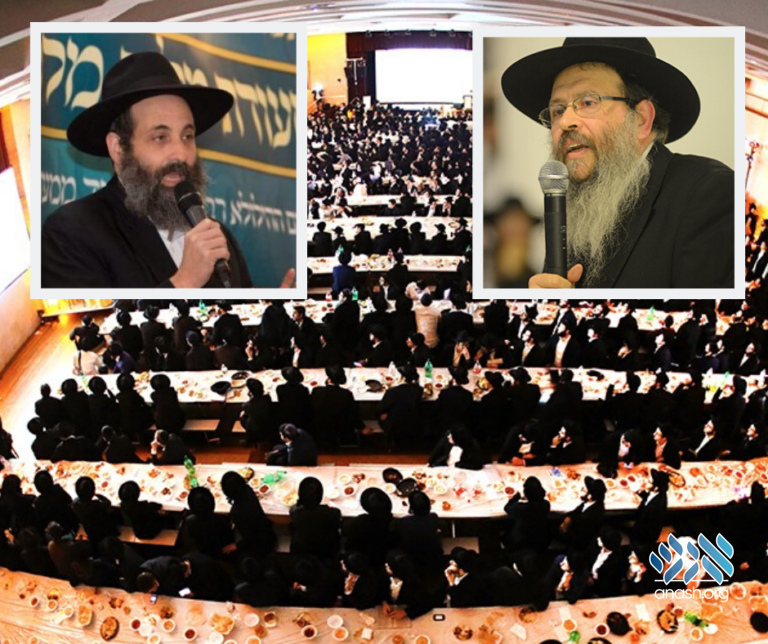 With just less than a week left to this years Yud Shevat, Vaad Hatmimim is proud to announce the Keynote speakers, the theme and the program details for this year’s Kinus Hatmimim.

This years Kinus is titled “כל אחד ואחד מאתנו דור השביעי” – The personal connection of the Rebbe to each Chossid. where during the Kinus the speakers and videos will focusing on that theme.

The Keynote speaker at the Kinus for the Yeshivas Katanas will be Rabbi Mendel Gordon, Mashpiah of Yeshivas Lubavitch in London. Rabbi Gordon is well known and respected by his many Mushpa’im all over the world and by many that went through the London Yeshivah over the years.

The program will be taking place in Oholei Torah’s Heichal Shmuel Dining Hall beginning with Dinner at 7:00 p.m. followed by the program at 7:30 p.m. which will include an address by Rabbi Yosef Lustig Menahel of Yeshivas Beis Dovid Shlomo New Haven.

There will also be live music by Yossi Cohen and singing by Choni Zuker. the program will be followed by Farbrengens throughout the night.

The Kinus for the Bochurim from Zals will have their own Kinus taking place simultaneously in the Rosa Hall on Lefferts Ave. where the Keynote speaker will be Rabbi Tzvi Grunblatt, head Shliach of Argentina, along with an address by Rabbi Leima Wilhelm, Mashpia of Yeshiva Tomchei Tmimim Morristown with live Nigunim played.

The Kinus will begin with dinner at 6:45 p.m. and the program will start at 7:15 p.m. which will be broadcast live by Chabad.org and can be viewed at chabad.org/vaad.

Both programs will feature a special video presentation about “the Rebbe’s personal connection to each Chossid” which was put together for the Kinus Hatmimim.

A special Teshura which was put together in honor of Shivim Shava will be given out to all participants of each Kinus.