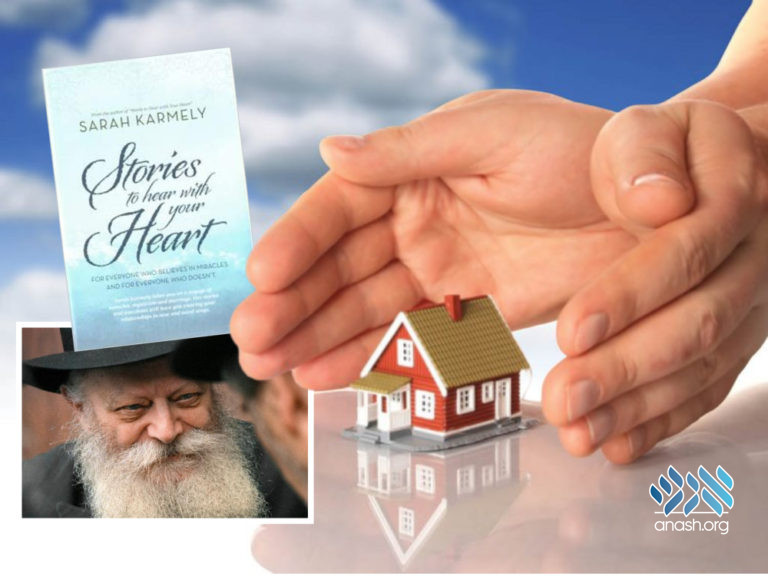 Born in India, raised in England, and married in Italy, Mrs. Sarah Karmely has fascinating stories of her Iranian background, miracles after the Rebbe’s brachos, and the advice the Rebbe gave for couples with shalom bayis issues.

By: The Jewish Press

Born in India, raised in England, and married in Italy, Mrs. Sarah Karmely currently lives in America where she teaches Persian Jews Torah.

The Jewish Press: How would you describe your background?

Mrs. Karmely: I’m a Persian Jew from Mashad, which was a special community that was very different from [the rest of Persian Jewry].

In Mashad 180 years ago, there was a pogrom called the Allahdad. The Muslim clerics got up and told the Jews: “Either convert to Islam or we’ll kill you.” Forty Jews were massacred until the chachamim got up and said, “Enough, we’re going to tell them that we’re converting” – but it was just a fake conversion.

They kept everything in secret. They would buy non-kosher meat and throw it to the dogs while secretly shechting and eating their own meat. Store owners would get young non-Jewish boys to sit in their stores on Shabbos and say, “The boss isn’t here, come back tomorrow.”

If a Persian boy came with his parents to ask for a Jewish girl’s hand in marriage, they couldn’t say, “No, we’re Jewish.” So what they did was – and this is a historical fact – they betrothed their daughters from birth. If somebody was pregnant, they would say, “If it’s a girl, she’ll marry so and so” – usually a cousin. That way, they could tell anyone interested in her, “Sorry, she’s already betrothed.”

You weren’t born in Iran, though.

No, I was born in India. My father had business over there. When I was two years old, India achieved independence, so my parents moved to London. I grew up and was educated in London and then moved to Italy because my husband, who’s also a Mashadi Jew, was from there.

In 1979, we immigrated to the United States, which, b’hashgacha, was the year of the [Islamic] Revolution in Iran, when much of our community escaped Iran and moved here. I decided I was going to help them because they didn’t know the language; they were basically refugees. I also started a Talmud Torah for the children because they weren’t going to Jewish schools.

At the time, the Lubavitcher Rebbe took me under his wings, so to speak, and encouraged me to teach woman and brides about taharas hamishpacha.

How did a Persian Jew come to have anything to do with the Lubavitcher Rebbe?

When I was in Italy, I didn’t know who the Rebbe was. We basically were just traditional Persian Jews. But one day my husband came home from a trip – he used to go to the Far East for business – and I saw he wasn’t feeling well. Long story short, he became paralyzed from head to toe. I took him to the hospital, but after a whole month, they still didn’t know why he was paralyzed or how to help him. It really was very frightening.

One night, Rabbi Moshe Lazar – the father of Rabbi Berel Lazar, the chief rabbi of Russia – called to ask me how my husband was. He had called me a few times before, but that day I had gone to the hospital to see my husband, and he was crying. My husband never cries, but he couldn’t even talk. I went to the doctor and said, “What’s going on?” They said, “Signora, we don’t know.”

So when Rabbi Lazar called that night, I just burst out crying. He very kindly asked me, “Would you like a beracha from the Lubavitcher Rebbe?” I thought to myself, “How could a man in New York help my husband here in Italy?” but I figured no harm would be done, so I told him my husband’s name, and Rabbi Lazar said he would get a beracha for me.

The next day, as usual, I went to the hospital, and I got the shock of my life. My husband was walking towards me in the corridor. I said, “What happened?!” He said, “I don’t know.” The paralysis just went away miraculously.

So you began drawing close to Lubavitch after that.

Yes, I started learning, and when I moved to the States and met the Rebbe, my whole life really changed.

I used to drive from Queens to see the Rebbe every single day at Minchah time when he came out of his office. In 1980, about six months after I started teaching taharas hamishpacha to Persian Jews at the bequest of our community’s rav, Rabbi Eliyahu Ben Haim, I got very nervous. It’s a big responsibility. What if I teach something wrong? So I told the Rebbe, “I can’t do this.”

He looked at me and replied with a smile, “Not only can you do this, but you must do this, and I want to be partners with you.” He gave me 15 dollars for the brides coming that night for my class. I didn’t know how many people would show up, but ultimately 14 women did, plus myself – which made 15.

Do you teach Persian Jews because you speak Farsi?

I speak Farsi, but I don’t just teach Persian women. I teach all different types.

Most Ashkenazi Jews aren’t very familiar with the Persian Jewish community in America. What can you say about it?

How big are these communities?

There are at least 7,000 Persian Jews in Great Neck and even more than that in Beverly Hills.

How would you describe these Jews?

There are two types. There are Mashadi Jews and non-Mashadi Jews. Mashadi Jews usually stick to themselves. They don’t usually marry out [because of their history of persecution in Iran]. This is the community I belong to, and it’s growing, baruch Hashem, by leaps and bounds.

Baruch Hashem, it’s also changed a lot. When they first moved here from Iran, they didn’t want to be told about driving on Shabbos, for example. But now the young people grow up learning much more. So we have fervent Jews as well as some who are traditional but not observant. The good thing is that everyone mingles together. We don’t have separate communities.

Were Persian Jews not fully observant in Iran?

A relative of mine told me, “Sarah, it’s a good thing that [the religious] Khomeini came [to power in 1979] because otherwise we would have been totally assimilated.”

In Iran, Persian Jews didn’t have the opportunity to learn. When they came here, they actually wanted to celebrate Iranian non-Jewish holidays – because that’s what they knew. Now, though, they’re learning and growing, baruch Hashem. There are three Mashadi shuls lined up one after the other in Great Neck now and each one is just thriving. In addition, there are maybe six other non-Mashadi shuls.

You write in Stories to Hear with Your Heart that the Lubavitcher Rebbe often told couples you knew with shalom bayis problems to keep the laws of taharas hamishpacha. Can you elaborate?

I used to take people to see the Rebbe every single Sunday, and he would tell me what to tell them because most of them didn’t speak English. Ninety-nine percent of the time when a woman was having shalom bayis issues or couldn’t have children, the Rebbe would say, “Tell her to keep the laws of taharas hamisphacha b’diyuk (exactly).”

What other pieces of advice did the Rebbe share with you over the years?

When I was growing in Yiddishkeit, my husband didn’t like it because he thought I was becoming a fanatic. So the Rebbe would always tell me to do things b’ofen diplomati. Don’t fight with your husband, he said. Do it slowly. And it really worked.

Approximately 10,000 Jews still live in Iran today. Do you know anything about them?

I do. Most Mashadi Jews have all moved here, but the ones still in Iran say, “The [non-Jews] don’t bother us.” They don’t know English and are afraid they won’t get a job if they move here. “At least here we have food and a roof over our head,” they say.

But it’s really frightening what’s going on over there. They have to keep to themselves and aren’t allowed in any way to say they’re connected to Israel. They’re very low key. They have shuls, but they live in fear. It’s mostly older people who live there.

And you also have many young girls marrying older men because there are no young boys to marry since the young boys leave the country to avoid being conscripted in the army.