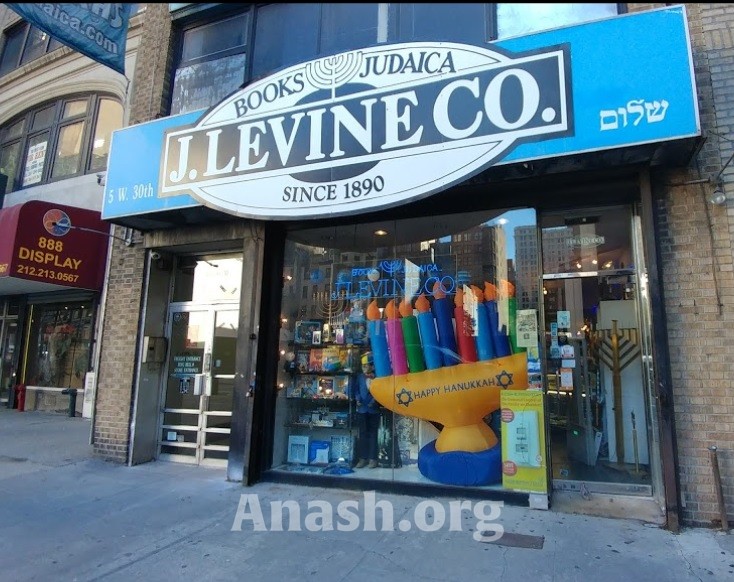 If you’ve ever been in Midtown and needed a minyan mincha on weekdays at 1:30 or so, this was your place. If you needed Judaica items while at work in Midtown, and wouldn’t be able to make it further Uptown or back to Brooklyn before closing times, this was your store. And if you were just doing your shopping in Midtown and something in the window caught your eye, this was your shop. But now, J. Levine, a legend in Manhattan since 5665/1905, will be closing its doors.

Owner Daniel Levine told The New York Jewish Week that Levine Books and Judaica, a longtime seller of Jewish books, gifts and ritual objects, will close at the end of May. Danny, the 4th generation owner of the business, says it’s the online stores that are forcing him to close his brick and mortar store.

“The next generation doesn’t shop in stores,” he told The Jewish Week. “That’s the nature of the world.”

Levine said he would continue to operate an online store, but it would be smaller than it is now.

New York City was once home an almost countless amount of Jewish bookstores, but it will now have only two independent ones in Manhattan — West Side Judaica on the Upper West Side and Judaica Classics on the Upper East Side. In 5777/2017, West Side Judaica announced it would be closing, but the news of the closing caused a surge of new shopping activity, allowing it to keep its doors open, according to The Jewish Week. There are some additional limited Judaica shops still open in museums and shuls.

According to Wikipedia the business was founded in 1890 in Vilkomir, Lithuania, where sofer Hirsch Landy began selling the Sifrei Torah he produced. In 1905, he immigrated to the United States and continued the business as a pushcart on the Lower East Side. In 1920, his son-in-law Joseph Levine incorporated and expanded the business to selling shul vestments, and his sons Harold, Melvin and Seymour Levine continued the business.