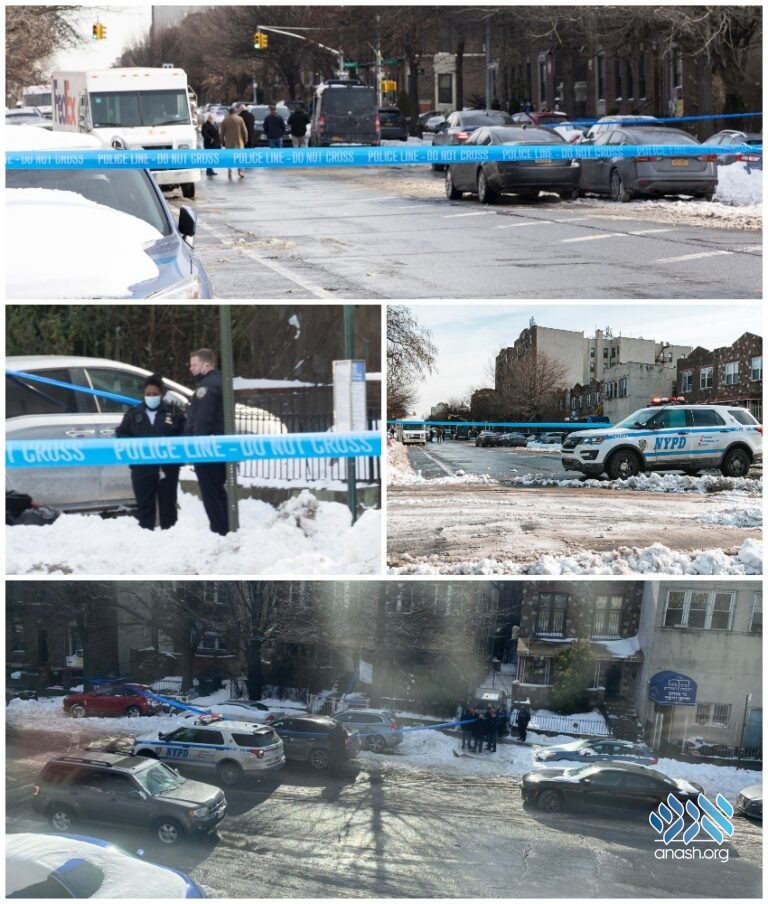 According to reports, an assassin ambushed the landlord and shot him to death as soon as he stepped on the doorstep of the house on his way down the stairs.

Following the shooting, Empire Boulevard was closed to traffic as police conduct an investigation. Forensic experts were brought to the scene of the crime.

Monday’s incident is just the latest in a string of violent crimes perpetrated in or near Crown Heights. On Friday evening police found a man lying outside an 11th-floor elevator at the Ebbets Field Apartments at 5:34 p.m.

The unidentified victim, 44, suffered a gunshot wound to the left arm and head, NYPD said. He was pronounced dead upon arrival at Kings County Hospital.

Then at 2:22 a.m. Saturday in East Williamsburg, cops responded to reports of a man shot in the head outside a residence at 209 Jackson Street.

The unidentified man, 42, was unresponsive upon cops’ arrival and later pronounced dead at Woodhull Hospital.

Misaskim services were not needed in any of these incidents.