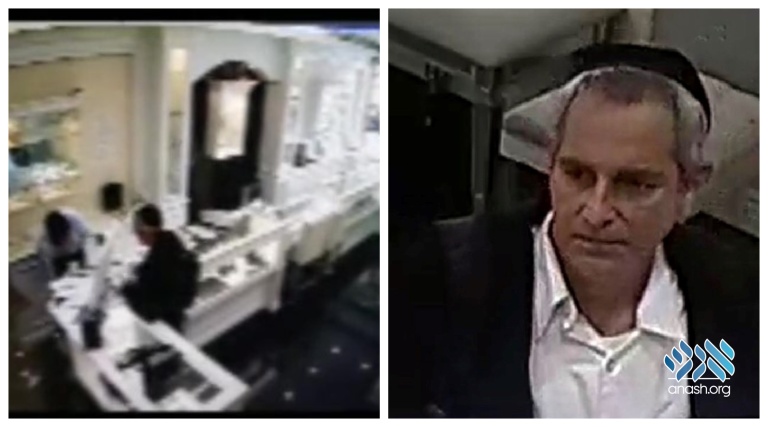 The NYPD 71st Precinct released yesterday a picture of an alleged thief who made off with a $4,000 necklace from a jewelry store on Kingston Avenue.

After noticing that the necklace vanished from his store, the owner decided to check the video cameras. He discovered that on Friday, a man with frum appearance walked into his store to request tzedaka. Taking advantage of the salesperson’s kindness, the thief used the few seconds that he bent down to get the tzedaka to take the necklace.

The 71st Precinct suspects that the thief may have used a similar tactic in other stores in the area. They request that anyone who has information about the subject to notify Detective Anchundia at 718-735-0501

Update: After continuing his spree of theft in Borough Park, the thief was finally apprehended by Shmira and handed over to NYPD.