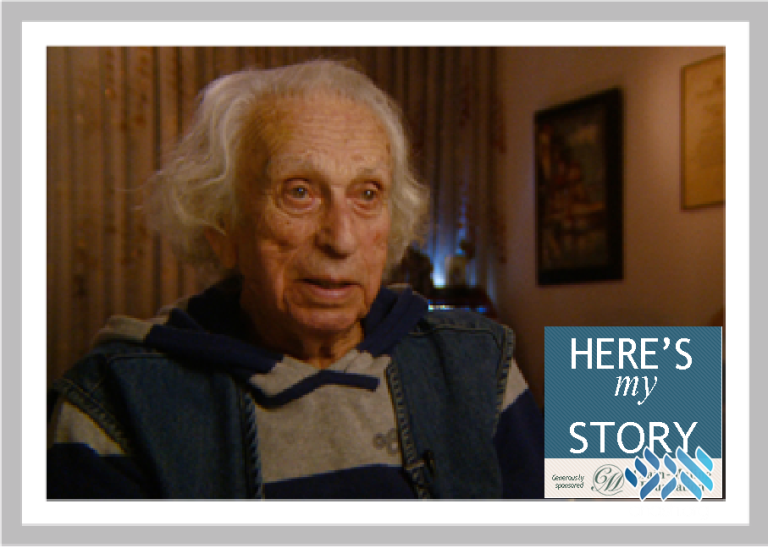 In 1963, while serving as a member of the Kiryat Ono Regional Council, I came to the United States on a mission to raise funds for the development of our town.

The history of Kiryat Ono dates back to the late 1930s when it was just a small settlement, but in the early 1950s a refugee absorption camp was established near Kiryat Ono for Jews emigrating from Iraq, Romania, Yemen and North Africa. Eventually the camp and the town merged, becoming a city largely through the efforts of the Regional Council which led a building and development effort. However, if our goals of establishing institutions that would serve our community were to be met, a great deal of money was needed.

Once in the United States, I traveled to Los Angeles where I met a few representatives of the Landsmanshaftn – social organizations of Jewish emigrants from European countries. They contributed to the Jewish settlers in Israel, whose situation in those early years was difficult and who subsisted largely on donations from Jews living abroad. Afterwards, I went to New York, and I asked to meet with the Lubavitcher Rebbe, as per instructions from Mr. Yaakov Cohen, the head of the Regional Council. The purpose of the meeting was to request the Rebbe’s assistance in establishing a religious school in Kiryat Ono.

My family was not Torah observant, but my younger son had decided to become religious; he started wearing a yarmulke and keeping kosher, and he even expressed a desire to study in a Torah day school. But at that time, there wasn’t even a real synagogue in Kiryat Ono and prayer services would be held in an apartment repurposed as a shul, and certainly there was no yeshivah. This was the situation despite the fact that many of the residents were religious or traditional, and they would surely have utilized such services if we had the funds to provide them.

Mr. Cohen asked me to meet the Rebbe to ask for his help with this matter. He had a relationship with Lubavitch dating back to his close friendship with the Rebbe’s brother, the late Reb Yisroel Aryeh Leib Schneerson. They met years earlier when they worked together in the Bloomstein book store in Tel Aviv, and they had kept up a connection until Reb Yisroel Aryeh Leib’s passing ten years prior.

After I explained to the Rebbe’s secretariat the reason that I was requesting a meeting, an audience was scheduled for me at midnight. I came to Chabad Headquarters and was brought into the Rebbe’s study after being told that the meeting could last no longer than ten minutes.

The Rebbe greeted me warmly and asked which language I preferred to converse in – English, Hebrew or Yiddish – and I chose Yiddish. The Rebbe began by asking me a number of questions about my personal history. I told him in brief about my experiences in the concentration camps during the Second World War, and how I was one of the leaders of the illegal immigration ship, SS Exodus. Then he questioned me about my current occupation and what I was doing in the United States. As we spoke, I felt that he was sincerely interested in hearing about me. Although a secretary came into the room to hurry me out, the Rebbe continued to speak with me for a half hour.

Most of all, he wanted to hear about Kiryat Ono. I told him about the large number of immigrants who had been absorbed into the town – mainly Torah observant Jews from Muslim countries, who were in need of religious institutions which we were sorely lacking.

The Rebbe asked me how much money we needed to raise. Although I didn’t know the exact amount, I guessed that to build a Torah school it would take about twenty-five thousand dollars, which was a considerable amount in those days. To my surprise, the Rebbe said that he would donate the entire sum, but he set a couple of conditions – one was that the local rabbi agreed, and another was that a proper contract would be drawn up by a lawyer, ensuring that the building would, in fact, be used for the intended purpose and that it wouldn’t be used for any activities that desecrated Shabbat.

I told the Rebbe that the conditions were acceptable to me, but I was just a messenger in this matter and not authorized to approve these things.

After I returned, I gave Mr. Cohen a full report of the meeting and turned the matter over to him. I know that later he traveled to the USA and personally met with the Rebbe regarding this issue. Ultimately, it was decided that a Torah day school would be built and that it would be dedicated in memory of the Rebbe’s brother, Reb Yisroel Aryeh Leib.

As a follow up, the Rebbe appointed Rabbi Shmuel Chefer as his representative to oversee the fulfillment of his conditions. Rabbi Chefer was the administrator of schools in Kfar Chabad and his family was close to the Rebbe’s brother, so he was the right person for the job. The Rebbe also asked that Rabbi Chefer participate in the laying of the cornerstone for the building. Many senior Israeli officials attended that ceremony, including the President of Israel at that time, Mr. Zalman Shazar, and the Minister of Internal Affairs, Mr. Chaim Moshe Schapira.

The event took place on Lag B’Omer, 1964, a year after my meeting with the Rebbe, and the Rebbe sent a special congratulatory letter, which read in part: “May it be G-d’s will – and this is the main thing – that the laying of the cornerstone for the Talmud Torah building be in a good and auspicious time … and that in this building Jewish children will be educated according to the instruction of our eternal and holy Torah.”

Indeed, for very many years that building has served as a synagogue and a yeshivah where students came to study Torah.

Mr. Milek Kremer has served as a council member and as a vice chairman of the Kiryat Ono Regional Council. He was interviewed in his home in Raanana in December of 2012.