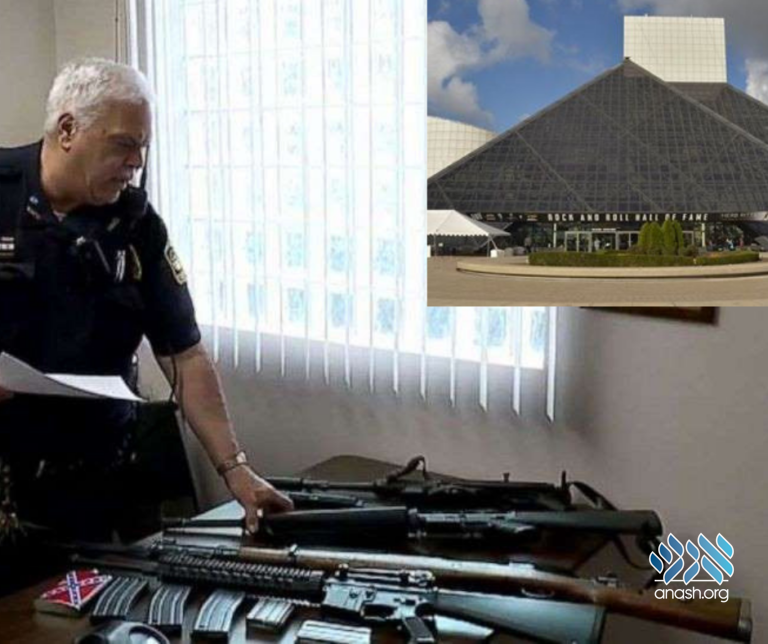 An Ohio man is in custody after making public threats to shoot up a Jewish community center in Youngstown, Ohio, news outlets reported Sunday.

On July 11, James Reardon Jr., 20, tagged the Jewish Community Center of Youngstown in an Instagram post that featured a video of a man shooting a semi-automatic weapon. This launched what New Middletown Police Chief Vincent D’Egidio described as an “intense … rapidly evolving investigation.”

Police described Reardon as an “avowed anti-Semite and white nationalist” whose social media was full of racial slurs. He was arrested after the FBI raided his home on Friday and seized a stockpile of semi-automatic weapons and ammunition, bulletproof armor, and a gas mask, as well as anti-Semitic and white supremacist propaganda.

Reardon is currently being charged on counts of telecommunications harassment and aggravated menacing. The FBI has yet to announce if it plans to seek federal charges against the suspect.

In response to Reardon’s arrest, the Cleveland branch of the Anti-Defamation League tweeted a message of thanks to the FBI and local law enforcement and “community partners.”

“We will continue to employ all our resources to stop the spread of white nationalism and violent extremism,” ADL Cleveland stated.

Following the arrest, the Youngstown Area Jewish Federation issued a statement of thanks to local police and the Department of Homeland Security that described the pre-emptive arrest of Reardon as “a clear example of everything going right.”