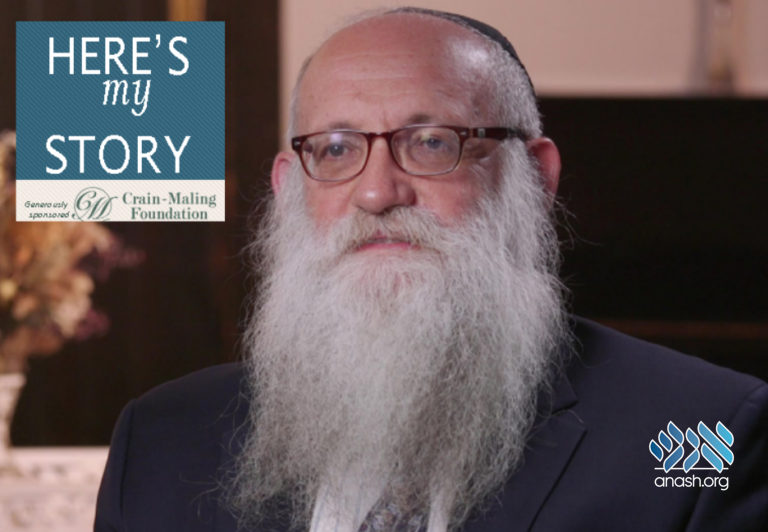 Here’s My Story: Though Mr. Don Wolf wished to become a Rabbi, the Rebbe instructed him to go into business while keeping Torah study a priority.

I was born in Melbourne to Holocaust survivors from Poland who arrived in Australia in 1949. My father had been brought up in a chasidic home – his family being followers of the Rebbe of Radomsk – but that chasidic group was decimated during the war, and the survivors did not come to Australia.

Because of his chasidic roots, my father gravitated to Chabad and became very friendly, among others, with Rabbi Zalman Serebryanski, the founder of Yeshivah Gedolah, the Rabbinical College of Australia and New Zealand, as well as with Rabbi Yitzchok Groner, director of Chabad institutions in Australia. Rabbi Groner – whose brother, Rabbi Leibel Groner, was one of the Rebbe’s secretaries – arranged for my parents to have a private audience with the Rebbe in 1970.

When they walked into the Rebbe’s study, the Rebbe invited my mother to take a seat. Having taken my father’s instructions to heart, she remained standing. The Rebbe asked her a second time, but still she wouldn’t sit. Finally, the Rebbe said, “Either you will sit or I will need to stand.” At that point, of course, my mother gave in.

One of the topics my father mentioned to the Rebbe was his recent purchase of a property in Israel, near the Radomsk yeshivah outside of Tel Aviv.  My father was surprised when the Rebbe took great interest in this yeshivah,proceeding to elicit every single detail about it. He wanted to know exactly who learned there, who taught there, what was being studied there, etc.

Another topic that came up was my future. My older brother Laibl had gone to university and received a law degree, but then went to work as a director of a Hillel House on campus. (He is presently a well-known teacher of Kabbalah.) My parents were very interested in my attending university also, but the Rebbe told them, “Just as your son Laibl didn’t end up doing what he had studied in university, a very large percentage of people who attend and graduate don’t end up doing what they had initially planned.”

The Rebbe was not negating the idea of university studies outright, but he was questioning whether this was the right choice for me.

In fact, I had hopes of continuing my rabbinic education in the USA. After learning at Yeshivah Gedolah for almost three years, I thought I was ready for more advanced studies at Chabad Headquarters in New York. Bringing a note from my teachers attesting to my readiness to study in New York, I arrived for the High Holidays of 1972 with the intention of staying on. That was the first time I saw the Rebbe and was privileged to have my first private audience with him.

I presented the Rebbe with a letter in which I enumerated my questions and requests, among which I cited the permission to transfer from Yeshivah Gedolah in Melbourne to the Chabad yeshivah in New York, and I asked the Rebbe for his blessings.  And that is when the Rebbe dropped a bombshell on me: “You should return to Yeshivah Gedolah, and when the summer is approaching, you should discuss with your teachers and with your father a suitable time for you to join your father’s business.”

I was dumbfounded. I was so shaken by his words that, when I walked out, I felt like I was in a daze. Right outside the Rebbe’s study I met Rabbi Arel Serebryanski who was also visiting from Australia, and he said to me, “You thought you had your own plans, but look what the Rebbe has cooked up for you…”

Of course, I did as the Rebbe advised.

Two years later, when I was about to marry my wife, I came to see the Rebbe again. I was very careful how I worded my requests – I didn’t want to ask the Rebbe the same question again, so I simply wrote that I wasn’t satisfied with what I was doing.

I was working in the office of my father’s building business, and I didn’t feel fulfilled at all. Meanwhile, Rabbi Yitzchok Groner had asked me several times if I was interested in working for Yeshivah Centre, an umbrella organization of Chabad institutions, so I put that proposal to the Rebbe.

The Rebbe’s response was very strong. In essence, he told me that working for the Yeshivah Centre was not for me. While he encouraged my having fixed times for Torah study in my daily schedule, he emphasized that I should stay in the business:  “The main thing is for you to make sure that your Torah study is fixed in your soul,” he said.

I understood that he was telling me that what counts is not how much time I spend studying Torah or at work, but that Torah takes  priority in my heart and my life. The Rebbe then explained the unique opportunity I had while working with my father: “In your current occupation, you can achieve in one hour what another person may not achieve in twenty-four hours. People look at a businessman differently than a rabbi, and if you, as a businessman, do Jewish outreach, they will react differently to you than to someone engaged solely in holy pursuits.”

His words became the absolute guiding light for the rest of my life. To the best of my ability, I have followed his advice as I’ve juggled doing business and working in an honorary capacity on the board of Chabad institutions for over 35  years.

While I do have fixed daily times for Torah learning, I always try to keep in mind that the main thing is how the Torah affects me and my family, how I live by its precepts, and how I can impact those around me.

Mr. Don Wolf presently resides in Melbourne, Australia, where he works in his family’s property development business. Before retiring, he had served for over 35 years on the board of the Yeshivah Centre, including 12 years as chairman.  He was interviewed in July of 2016.