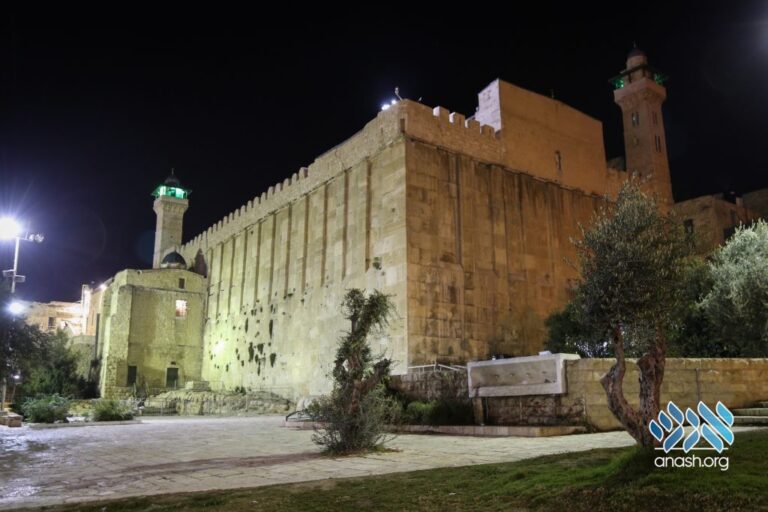 The government is preparing to move forward with a major renovation of the area around Me’aras Hamachpelah, Arutz Sheva reported Monday. The news site said it had procured details on a project that has been discussed for some time, but has not been actualized yet because of political issues.

Coming to the realization that the Muslim Waqf is unlikely to come to any agreement with Israel on renovations of the area and the facilities surrounding the me’arah, the government has decided to move forward with its plans. The Tourism Ministry has allocated NIS 500,000 for the development of architectural plans, and once those are approved work will move forward, with funding to come from various ministry budgets.

The plan is likely to entail the takeover of several lots that are currently controlled by the Chevron municipality. Work in the building of the me’arah itself may be more complicated, as it is officially controlled by the Waqf, according to the 1997 Chevron agreement. In July, the IDF Coordinator for relations with the Palestinian Authority demanded that the Chevron municipality give its permission to carry out the work; if it refused to, the Coordinator warned, Israel would move forward with the work unilaterally.

Among the improvements to be made will be a long-discussed elevator to allow access by the disabled. Planning for that aspect of the work has already begun. A proposal to build an elevator was first set forth by Social Rights Minister Gila Gamliel in 2018. In a letter to Prime Minister Binyamin Netanyahu and then-Defense Minister Avigdor Liberman, Gamliel said that “it has been 50 years since Yehudah and Shomron were liberated, and the time has come to enable access to Me’aras Hamachpelah for all, including the disabled. About a million people visit the site each year, and the only access to the me’arah is via a stairway consisting of 10 steps – meaning that entry is effectively impossible for disabled visitors who do not have someone to assist them.” Officials have been considering the idea for years, and have attempted to work with the Waqf on the matter – but to no avail.

The Betzalmo organization, which encourages Jewish settlement in Chevron, said that any progress on the project was welcome. “As we have seen, there are plans that are all ready to go and are just awaiting approval to go forward. We call on Defense Minister Naftali Bennett to sign the work orders for this project today.”

On Sunday, Bennett ordered the Civil Authority and the IDF Coordinator for relations with the Palestinian Authority to inform the Chevron municipality that Israel intended to build a new neighborhood for Jews in the area of the Chevron wholesale market. The move is expected to launch lawsuits by Arabs seeking to prevent construction of the neighborhood.