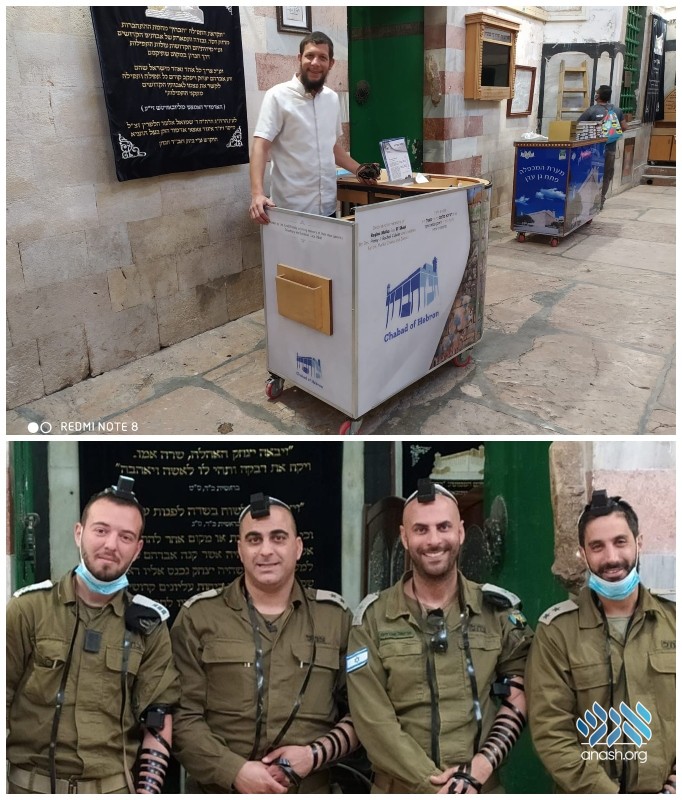 After weeks of being shut for all visitors, Ma’aras HaMachpela reopened, and Chevron residents flocked to the site. Shliach Rabbi Yoni Atiya immediately manning his tefillin stand.

After weeks of being shut for all visitors, Jewish and others, due to COVID-19, Ma’aras HaMachpela reopened this week. Immediately, Chevron residents flocked to daven at this holy site, the second most holy in the world.

As soon as permission was given to re-open the Ma’ara, Chabad of Chevron resumed its activities, inside and outside the complex. Rabbi Yoni Atiya, who was recently appointed as Shliach to Ma’aras Hamechpela, once again began manning his tefillin stand inside, giving soldiers and visitors the chance to put on tefillin.

On Tuesday, a pre-Shavuos program was held outside the Ma’ara with the participation of the Shluchim to Chevron and Kiryas Arba.

The shluchim told Anash.org that they are in the midst of planning Shavuos programs, enabling every resident to hear Aseres Hadibros.