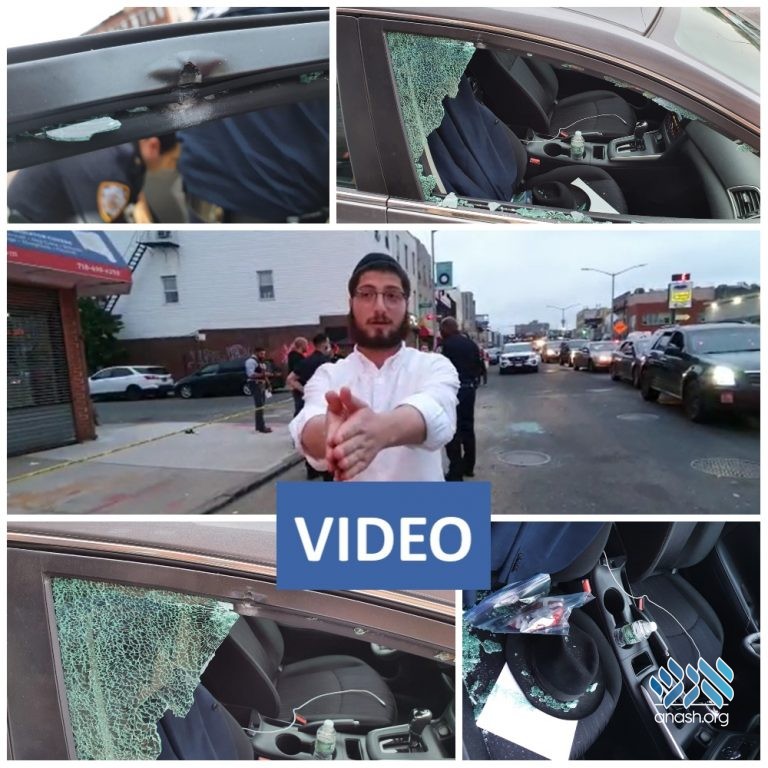 A Lubavitcher bochur was driving on Atlantic Ave. Wednesday evening, when stray bullets from a nearby shooting struck his car. “I survived because I was on the way to teach Torah,” he told Anash.org.

Menachem Lessoff, an Israeli bochur living in Crown Heights, was miraculously saved during a drive-by shooting on Wednesday evening.

On his way to give a weekly shiur, Lessoff was sitting in traffic on Atlantic Ave. at 7:30 PM, when he heard the sound of shooting – just yards from his car, a man had opened fire.

One person on the sidewalk was struck multiple times in the leg and Lessoff’s car took two direct hits. One bullet punctured a tire and the second hit the passenger window frame, shattering the glass into the car but leaving the driver unharmed.

‘The bullet smashed the window,” Lessoff told Anash.org, “But thank G-d, nothing happened to me. Shluchei mitzvah einan nizukin – those on their way to do a mitzvah are not harmed.”