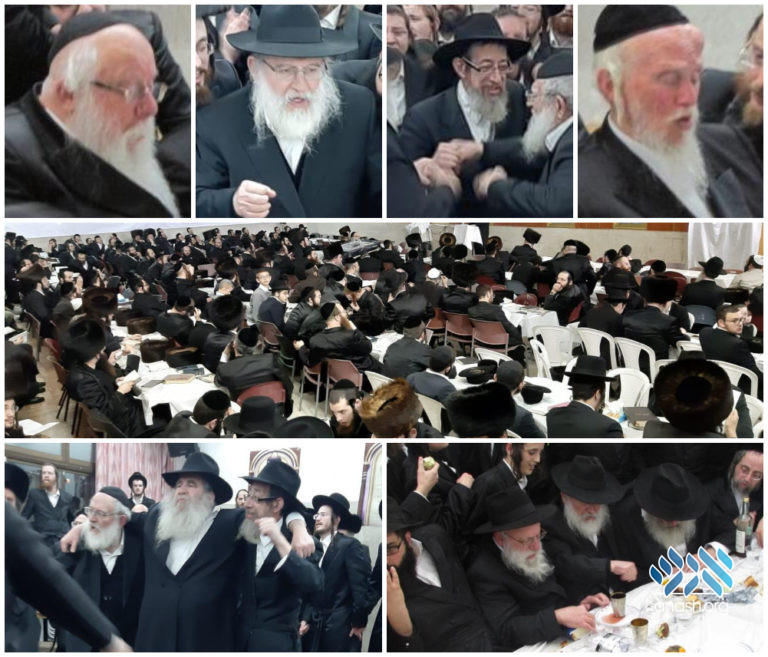 The ‘Mayonei Yisroel’ network of Kollels for the study of Chassidus spent an uplifting Shabbos near Reb Shimon Bar Yochai in Miron with guest Mashpi’im from Eretz Yisroel and America.

The ‘Mayonei Yisroel’ network of Kollels spent an uplifting Shabbos near Reb Shimon Bar Yochai in Miron with guest Mashpi’im from Eretz Yisroel and America.

Mayonei Yisroel is a network of Batei Medrash and Kollels for the study of Chabad Chassidus. Established 18 years ago, the network has already grown into a community of sorts with centers in Yerushalayim, Bnei Brak, Beit Shemesh, Ashdod, Beitar Illit, Haifa, and other cities.

Hundreds of Chassidim from all Chassidic courts take part in the Kollels and come on a daily basis to learn Chabad Chassidus, and thousands more join the programs on special days such as Yud Tes Kislev and Chai Elul.

Once a year, hundreds of participants from around Eretz Yisroel come together for a ‘Unity Shabbos’ with special farbrengens and shiurim by guest mashpi’im.

This year, the location chosen for the Shabbos was Miron, near the Kever of Rebbi Shimon Bar Yochai. Over 700 men gathered for the Shabbos and a significant number of boys came as well.

Joining the participants were heads of Mayonei Yisroel Rabbis Yekusiel Farkash and Chaim Shalom Dietch as well as guest mashpi’im Rabbi Zalman Gopin of Kfar Chabad, Rabbi Moshe Wolberg of Manchester and Rabbi Yosef Yitzchak Gourarie of Oak Park, Michigan along with other mashpi’im and Rabbonim.