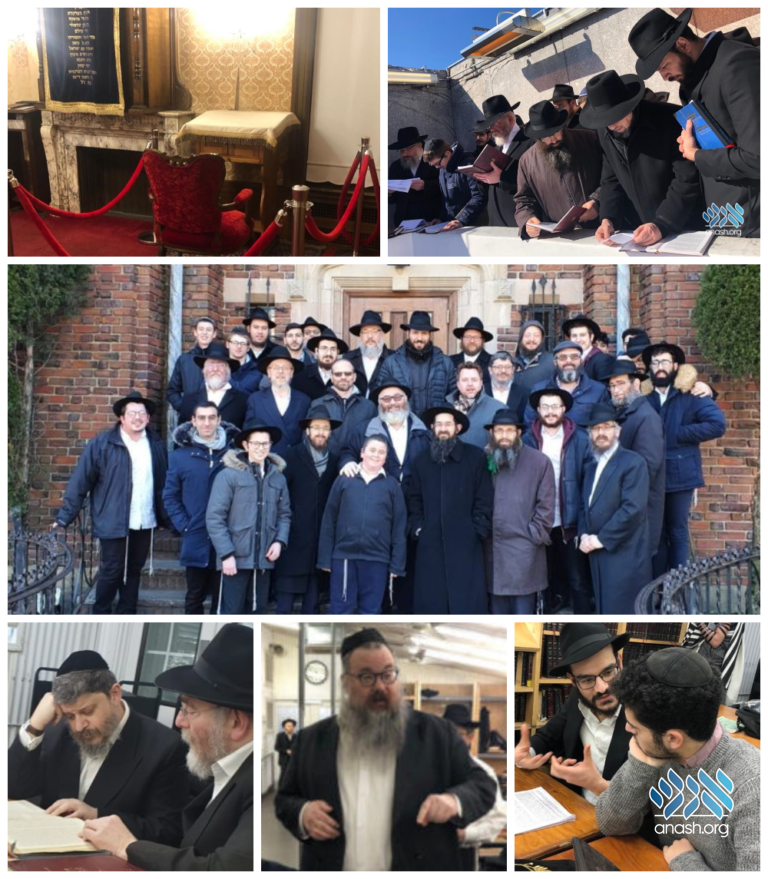 Chassidim in the UK famously pioneered the concept of bringing groups to the Rebbe; participants in the most recent trip are glad they did.

For the second year in a row, a group of London Anash traveled to New York to spend a Shabbos with the Rebbe. Chassidim in the UK famously pioneered the idea of bringing groups to visit the Rebbe, a phenomenon which is now taken for granted in many anash communities.

The first stop for the group of 40 Lubavitchers was the Rebbe’s Ohel, where they learned Chassidus, davened shacharis and wrote panim. There they encountered renowned lecturer Rabbi Shais Taub, who inspired them with warm words about the zechus of traveling to the Rebbe.

The group then continued on to Crown Heights, where they entered the Rebbe’s room. Shliach Rabbi Zalman Sudak gave them a tour of 770, which he intertwined with personal stories of his father Rabbi Nachman Sudak a”h. At one point, everyone squeezed into the Yeshiva office for a mini farbrengen with mashpia Rabbi Shlomo Zarchi.

They joined two kevutzos from Eretz Yisroel for an uplifting and inspiring Shabbos at the Ohel, where they had the chance to hear from Rabbi Elchonon Cohen and Rabbi Asi Spiegel. Immediately after Shabbos, they made their way back to Crown Heights to visit the Rebbe’s home on President Street with Rabbi Mendel Krinsky.

During melave malka they were addressed by Rabbi Mendel Shemtov of Vaad Or Vechom and Manchester-born Rabbi Lipa Brennan, who shared his personal story of how his family became Lubavitch, and the history behind the Kinus Hashluchim.

On Sunday, the group visited the Rebbe’s Library and the offices of WLCC.

The group returned home feeling uplifted and inspired, their chasidishe batteries recharged. Many have already signed up for the next trip.