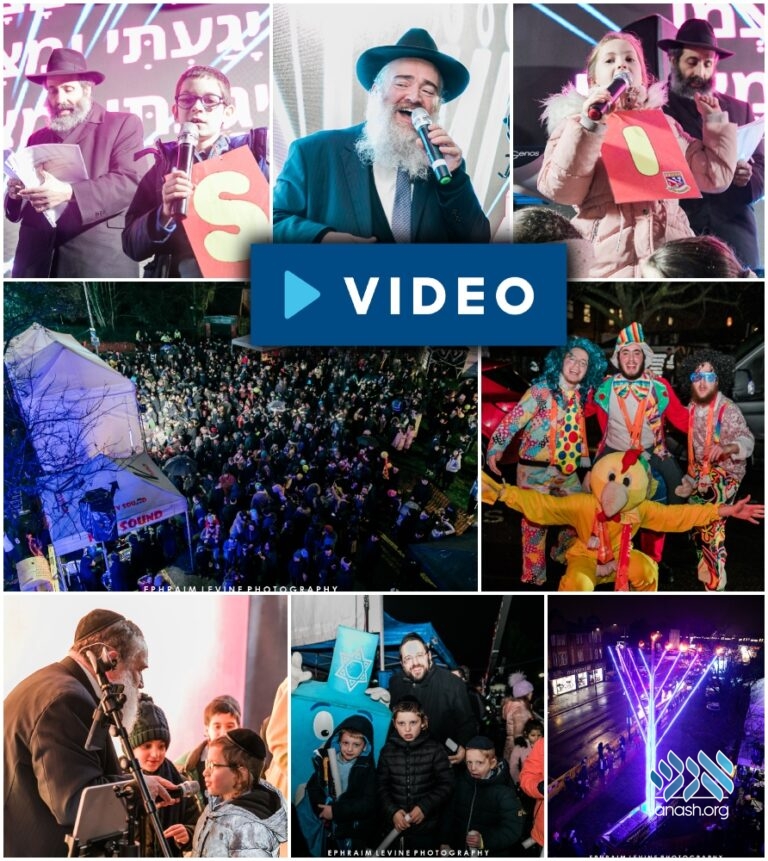 London-born singer Shlomo Simcha returned to his hometown for a special Shnas Hakel and Giant Menorah outdoor concert, at Golders Green Station, on the 5th night of Chanukah.

After 23 years singer Shlomo Simcha returns to London for a special Shnas Hakel and Giant Menorah outdoor concert, at Golders Green Station, on the 5th night of Chanukah.

The fifth night of Chanukah saw an event that the streets of London hadn’t seen before, with over 3,000 people attending. LED Screen backdrop, with visuals prepared by 321 Motion, glow sticks, doughnuts, Chanukah gelt, and dreidels were distributed to all the participants.

Children recited the 12 Torah Pessukim with the crowd, and Enoch entertained everyone with his fire and acrobat show. Rabbi Mendel Gordon was emcee. Popcorn and cotton candy were served to the children as well. Even the rain didn’t deter anyone, with the crowd staying for over 2 hours, dancing in unity, showing Jewish Pride on the streets of London.

Chabad of Golders Green had a public lighting each evening, at Golders Green Station, with a different guest of honor lighting, from a Rabbi, to a radio reporter to a Jewish police officer. A different Chazzan sang the traditional Chanukah songs and made the event special and exciting. The Bochurim from the yeshiva added to the chayus. In addition to the yeshiva bochurim, 5 Bochurim were brought over from Brunoy, France, and helped with the Menorah each evening in addition to conducting lightings in Senior Homes, Chanukah mivtzoyim and running a winter camp.

A special shout out to Dr Bunim and Mrs Tzirel Weinbaum who initiated the Golders Green Menorah over 37 years ago!