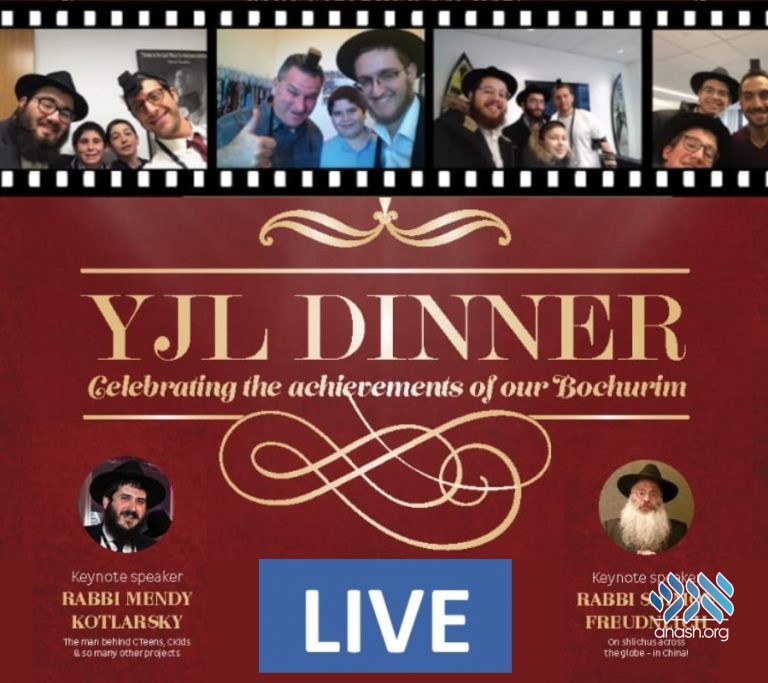 Join Live at 4:00 PM ET: Young Jewish Leaders of New York, created to enhance mivtzoim among young bochurim, will hold a virtual dinner, celebrating the achievements of the bochurim.

Young Jewish Leaders of New York, created to enhance mivtzoim among young bochurim, will hold their first dinner virtually on Sunday, celebrating the achievements of the bochurim.

Young Jewish Leaders, or YJL, a program under Oholei Torah school in Crown Heights, was created by Crown Heights teacher Rabbi Mendy Wolf three years ago. It aims to give bochurim, both young students in elementary and older zal bochurim, the framework to go on mivtzoim in an organized manner.

“When I started encouraging bochurim to go on mivtzoim, I noticed that there were challenges present in arranging it,” Rabbi Wolf told Anash.org. “Bochurim prefer to follow an organized route, but to find one or to build one takes enormous time, effort and even luck.”

With that in mind, he set out to create a system where all routes would be centralized. Older bochurim would be able to receive a ‘route’ from the YJL database, on the condition that they took a younger bochur with them.

“My goal is to eventually have 300 routes, enough for each student in 6th, 7th and 8th grade to have one.” Rabbi Wolf said. “So far we have over 50 routes, and are constantly continuing to grow, Baruch Hashem.”

The benefits of young bochurim going on mivtzoim is two-fold, says Rabbi Wolf. Firstly, the bochurim, with their natural warmth and sincerity are able to reach individuals adults may not be able to. Secondly, it builds the bochurim themselves up, giving them the chance to be a leader, to be a teacher and not only a student.

An event to celebrate the achievements of the bochurim had been in the plans for months already, but due to the coronavirus, it was moved to a virtual setting.

The dinner will take place today at 4:00 PM ET. Keynote speakers will be Rabbi Mendy Kotlarsky of Merkos 302 and Shliach Rabbi Shimon Fruendlich of Beijing, China.