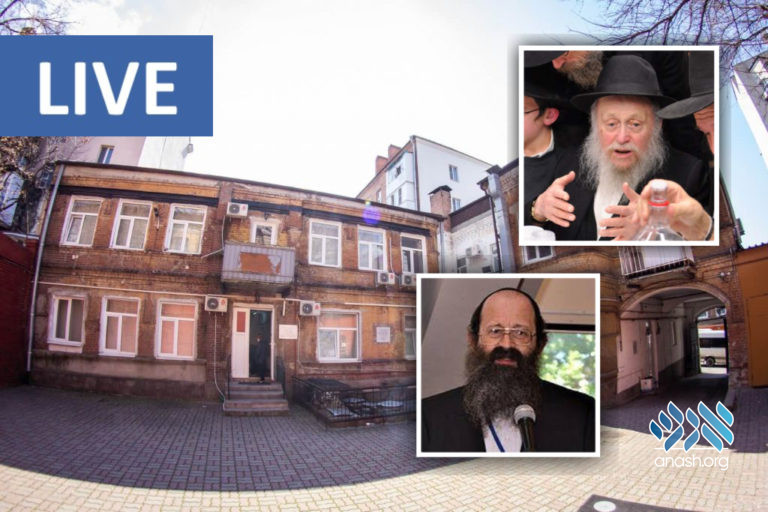 Watch Live: A special program in honor of Beis Nissan organized by Igud Hayeshivos. A shiur in the Rebbe Rashab’s mikvah by Dayan Raskin, exclusive footage of Reb Mendel Morosow relating memories of Rostov, and a tour of the Rebbe Rashab’s house.

In honor of Beis Nissan, Igud Yeshivos arranged a full day of programs for the Talmidei Hayeshiva worldwide.

The day started with the regular shiurim in Nigleh and Chassidus and will continue with special programs in honor of the 100th hilula of the Rebbe Rashab.

At 3:00 pm EST, a live shiur will take place with Dayan Levi Raskin of London, England who will explain the Rebbe Rashab’s unique opinion on mikvaos, known as ‘bor al gabei bor.’

At 5:00 pm EST will be a live tour of the Rebbe Rashab’s house in Rostov, including his yechidus room, shul and mikvah, as well as the spot where the Rebbe Rashab was nistalek.

Following the tour will be an exclusive premiere of an interview with Reb Mendel Morosow a”h who grew up in Rostov. The interview was done by JEM, who are making the video available exclusively for the special program, after which the video will no longer be online.