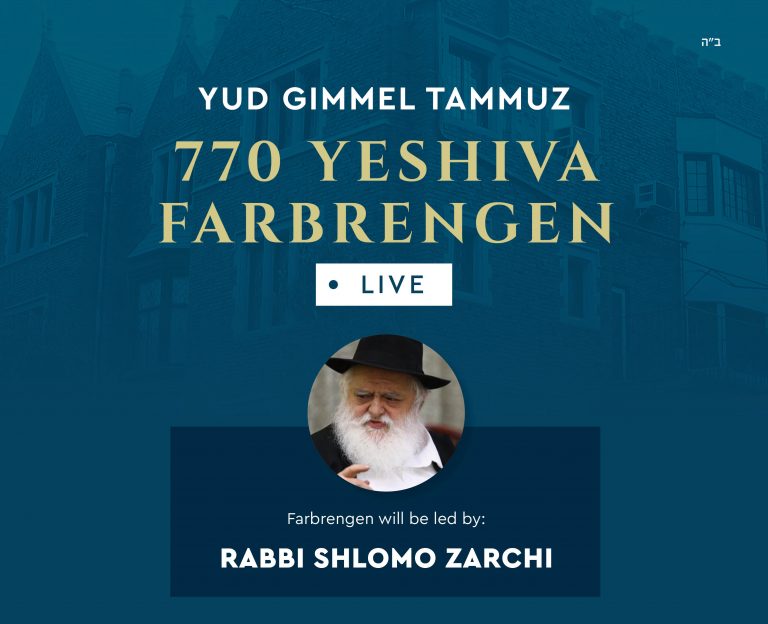 This monumental farbrengen is the first of its kind since the reopening of 770.

Chassidim joining together to connect and conquer and accomplish that which Malach Michoel himself would only dream of.

It has been weeks since the doors of 770 were closed for the first time since it was established as Beis Rabeinu Shebebavel.

The world has now begun to reopen, and so has 770. Chassidim have been trickling in and the room is once again alive with the sounds of davening and learning.

We welcome you to take part in a grand Yud Beis Tammuz farbrengen where we will sing together and uplift each other in the very first farbrengen to be held in the upstairs hall of 770 since its reopening.

The Farbrengen will be led by the venerable Mashpia, Reb Shlomo Zarchi, and will be broadcasted live so that everyone is able to participate.