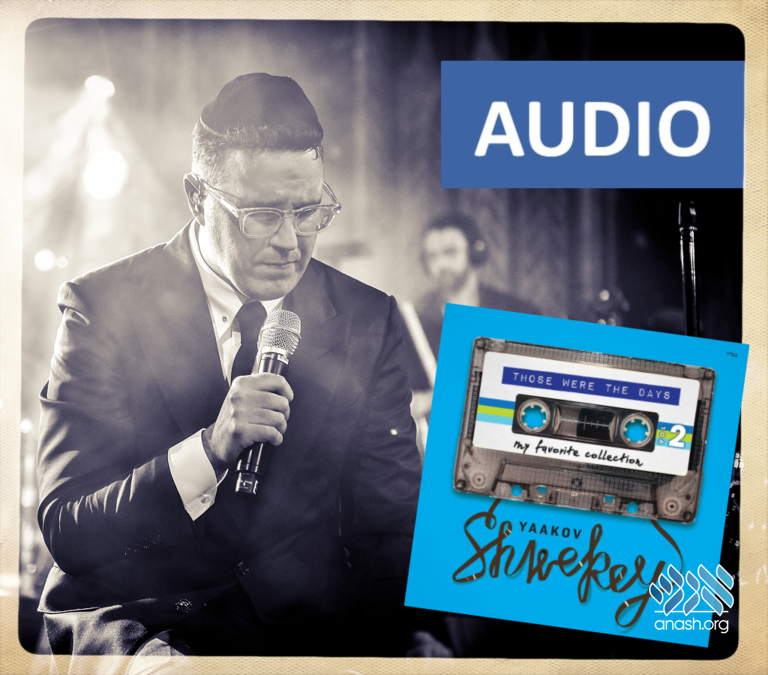 Yaakov Shwekey released “Those Were The Days 2” today. Listen to an exclusive preview of the Chabad track.

Following the great success of “Those Were The Days 1”, Yaakov Shwekey launched today (Tuesday) a new album in the series.

The album contains over 50 hits from the past and beautiful classics in new arrangements.

The new album features a Chabad medley, an English medley, a medley of great songs by the superstar Avraham Fried, a medley of Israeli songs and a Kumzitz Yeshivesh medley.

The arrangements are by Rafi Greidi, Ravid Kashti, Avrumy Berko and Yehuda Galili.

Anash.org presents an exclusive taste of the Chabad track beginning with the niggun “V’ata Amarta”, a niggun whose words come from the parsha of this week – פרשת וישלח.

Listen to the a sample of the full album here: