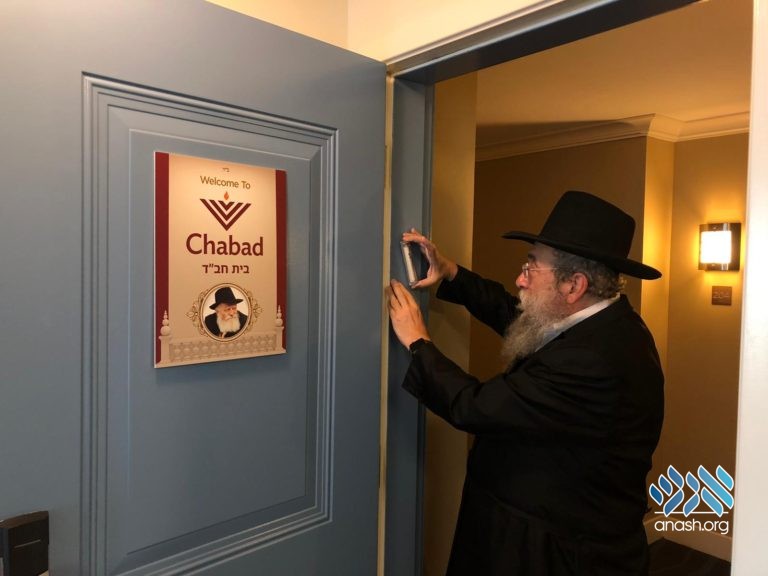 “Twenty-six years ago, just before their wedding, Yisrael and Aviva Shifra Deren met with Rabbi Menachem Mendel Schneerson, the Lubavitcher Rebbe, for his counsel.

”He told us that we should make things warm and light for others and if we did, God would make things warm and light for us,” said Rabbi Deren, who is the regional director of Chabad Lubavitch for Southern and Western New England, which includes Connecticut and western Massachusetts. ”Now we need not to be cold and dark so we are trying to change things for somebody else.”

These words of the Rebbe were the opening line of a New York Times article in 1998 when Rabbi and Mrs Deren commissioned the writing of a Torah in memory of their two children Blumi and Shloimy ע״ה.

As the guiding light of their Shlichus for over 45 years – during which the network of that Shlichus expanded to what today includes close to 40 Shluchim in 25 Chabad Centers across the region, many of which they were personally invested in establishing – this week Rabbi and Mrs. Deren continued to “make it light and warm for others” with the establishment of the newest Chabad Center, in Harbor Point, the southern Connecticut coast’s newest and fastest growing upscale district – attracting many young Jewish professionals and families.

In connection with Yud Beis Tammuz Rabbi and Mrs. Deren invite Shluchim and Anash to join the local Harbor Point community to a Farbrengen celebrating the establishment of this new center, Monday Yud Beis Tammuz, 15 July, at 8:00 pm, at The Beacon, Harbour Point.