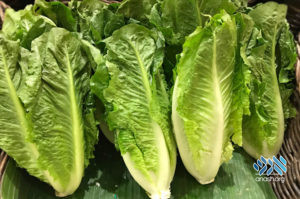 Last week’s recall of 75,000 pounds of packaged salad products, has now been expanded to any kind of lettuce harvested from the Salinas Valley.

Federal health and regulatory officials warned consumers Friday not to eat romaine lettuce of any kind harvested from the Salinas Valley, one of California’s major agricultural regions, because it may be contaminated with a particularly dangerous type of E. coli bacteria that has sickened 40 people in 16 states.

The Centers for Disease Control and Prevention and the Food and Drug Administration told consumers to throw away any romaine lettuce they may already have purchased. Restaurants should not serve it, stores should not sell it, and people should not buy it, if it was harvested from Salinas, a growing area in Northern California. It doesn’t matter if it is chopped, whole head, precut or part of a mix.

While the original recall did not include any products listed as kosher, the expanded recall seems to affect Kosher products as well.

Most romaine lettuce products are now labeled with a harvest location showing where they were grown. Officials said to throw out lettuce if it doesn’t have a label specifying where it’s from.

“Consumers who have purchased these products are urged not to consume them. These products should be thrown away or returned to the place of purchase,” the US Department of Agriculture warned.