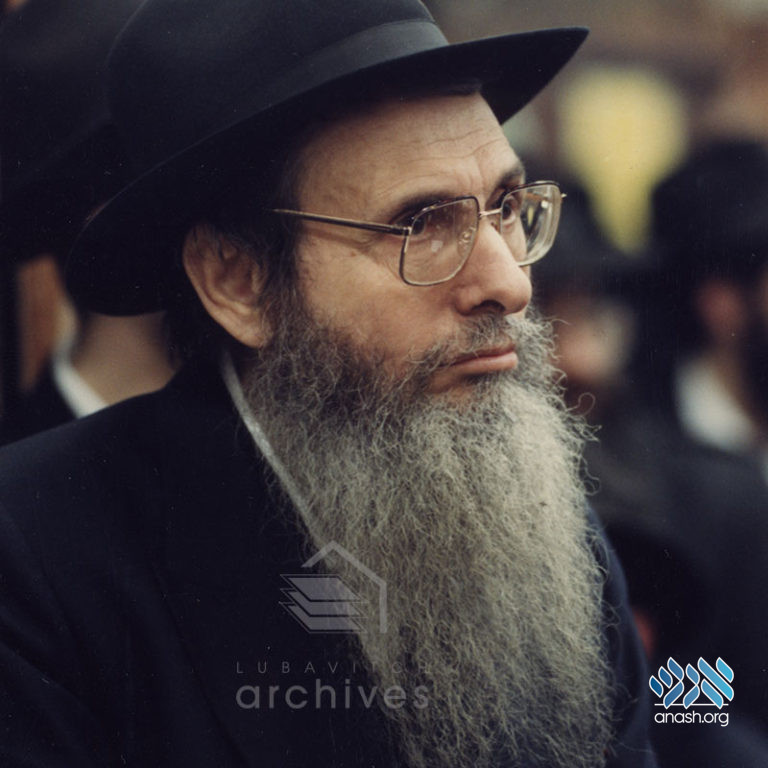 In 1946, the Soviets permitted Polish refugees who had fled into the country during the war to return home. This sparked an industry in forged Polish passports among the many who were eager to escape the oppressive Communist regime. The passports allowed people to add the names of a certain number of children, and thus people who had the prized forgeries often had new “children.”

The young Berel Junik, 16, was chosen to be the child of Rebbetzin Chana Schneerson’s on his forged passport, and from then on, a bond developed between the two families. Rabbi Junik became a trusted helper in the homes of the Rebbetzin and her son Rabbi Menachem Mendel Schneerson, the seventh Chabad Rebbe.

During the early years of Rabbi Junik’s service, the Rebbe told him about Reb Mendel, who was an aide in the home of the fifth Chabad Rebbe, the Rebbe Rashab. Whenever someone asked Reb Mendel what happened in the Rebbe’s home, he would respond, “I do not know.”

“If someone asks you about your work, answer that you do not know,” the Rebbe told him. “If you could forget everything you saw, that is even better.” So it was. Rabbi Junik never divulged what he saw in the Rebbe’s home, and the trust was passed on to his children, who also became involved in the Rebbe’s domestic life.

The Rebbe and the Rebbetzin Chaya Mushka appreciated his dedication and tried to make the work as pleasant as possible. When Rabbi Junik arrived in the Rebbe’s home after finishing his day job in the diamond district, the Rebbetzin would offer him something to eat. Rabbi Junik generally accepted the offer, but if the Rebbe happened to be at home, he would decline, feeling it was disrespectful to eat when the Rebbe’s was in the home.

Once, before Rabbi Junik came in, the Rebbe realized that he was at the door. The Rebbe turned to the Rebbetzin and said that he will go into another room so that Rabbi Junik would not see him and thus be able to eat his snack in peace.