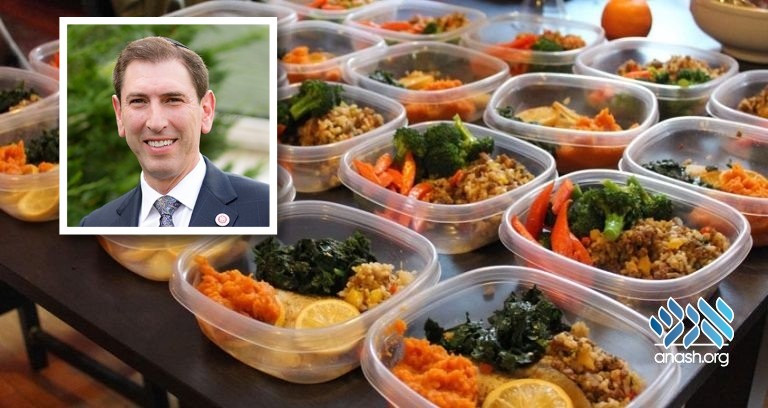 The free kosher meals provided by New York City ran out within minutes of opening. “We are working very hard to expand it to additional sites, and make sure the need is fully accommodated,” Councilman Chaim Deutsch told Anash.org.

After being promised by New York City that their free meal program would expand to kosher meals, Jewish New Yorkers were in for a surprise on Thursday. They were dismayed to find that the city-run food sites had ran out of kosher meals, on the same day the city began providing the option in Borough Park and Midwood, Brooklyn.

Sites there ran out of the meals almost immediately, with some reports saying the meals had run out as early as 8:10 am.

The kosher meal distribution began Thursday following a public outcry spearheaded by Frum legislators. Yet even after the Department of Education finally agreed to provide meals to Kosher eaters, the immense need was far from met. The meals were paltry, containing only a fruit, yogurt and a muffin for breakfast and hummus and a piece of bread and fruit for lunch. In addition, even those meager meals ran out within minutes.

“The Mayor’s office has been frustrating to deal with at times,” Councilman Chaim Deutsch told Anash.org. “It took many weeks to even get this off the ground, and the program is still so flawed.”

He, Assemblyman Simcha Eichenstein, state Sen. Simcha Felder and Councilman Kalman Yeger, all Brooklyn Dems, called on the city to make sure sites are well-stocked with kosher food and expand the number of locations where New Yorkers can get kosher meals.

In a statement released by New York City, they addressed the issue. “Demand is larger than what was expected and we are purchasing significantly more meals to meet the needs of our kosher meal hubs,” the statement said.

“We are working very hard to expand it to additional sites, closer to the center of the Jewish communities,” Councilman Deutsch said. “The city has committed to ordering more meals to accommodate the need. We hope to be able to provide any who needs with Kosher meals in the near future.”