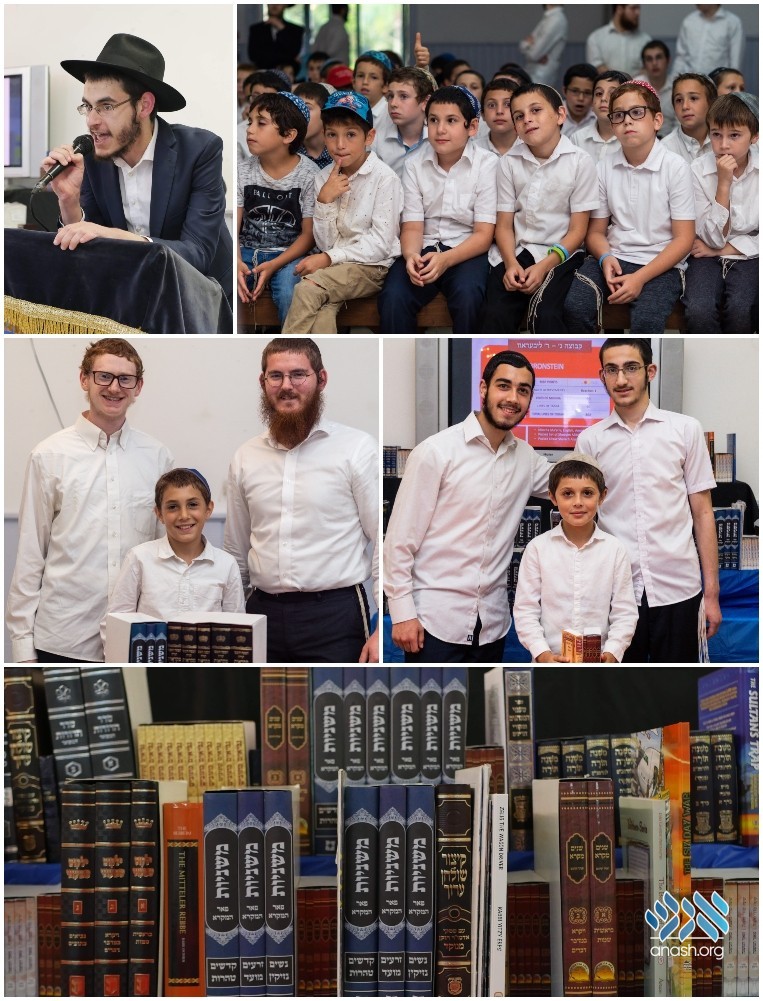 On the final Friday of the summer, campers and staff gathered to celebrate the achievements of all campers as part their 14th annual MBP Award ceremony.

On the final Friday of the summer, campers and staff gathered to celebrate the achievements of all campers as part their 14th annual MBP Award ceremony.

Following an introduction by staff mashpia Rabbi Levi Greenbaum, a video showing the Rebbe’s appreciation for such gifts from his Chassidim was followed by the announcement of the summer’s accomplishments: 2 full Mesechtos, 91 Perakim Mishnayos, 1,072 Mishnas, 23 Perakim Tanya and 3,374 lines of Tanya. A total of 42,809 lines of Torah – Doubling or surpassing most achievements of the previous summer!

Each camper was then called up to receive their sefer or seforim accompanied by a multimedia presentation, displaying their picture, points, major learning achievements and seforim by the campers themselves from camp’s catalog of over 250 seforim.

A special thank you was given to Rabbi Dovid Zirkind of baalpeh.org whose database enabled the tracking of each camper’s progress and keeping parents up to date by email, and Rabbi Sholom Heidingsfeld of Cheder Menachem, LA, for the use of his MBP Handbook – a work that camp has since doubled in content.

The administration and camp staff of Camp Gan Israel Florida, under the leadership of Rabbi Yossi Biston and Rabbi Yossi Goldblatt, wish all campers continued success in their limudim. It is their hope that the campers’ accomplishments and achievements continue into the school year, give much nachas to the Rebbe and as explained in the Rebbe’s Sichos, bring about the revelation of Moshiach Now, as it is written: אין כל הגלויות מתכנסות אלא בזכות המשניות