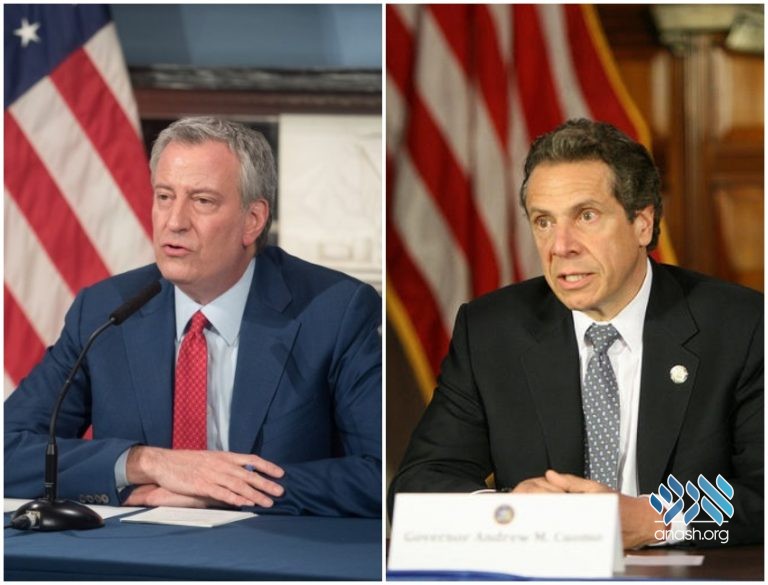 Three Orthodox Jews from Brooklyn are suing New York leaders for allegedly employing a blatant double standard by way of coronavirus restrictions to discriminate against people of faith.

Three Orthodox Jews from Brooklyn, Elchanan Perr, Daniel Schonborn, and Mayer Mayerfeld, along with 2 catholic priests filed the lawsuit in the Northern District of New York, following the widespread riots and looting in the wake of the death of George Floyd. They are being represented by the Thomas More Society.

“Why is a large worship gathering deemed more dangerous than a mass protest, full of shouting, arm-waving people in close proximity to one another?” Christopher Ferrara, Thomas More Society special counsel, said in a statement to Fox News.

“These orders, both the emergency stay-home and reopening plan declarations, clearly discriminate against houses of worship,” Ferrara added. “They are illegally content-based, elaborate, arbitrary and pseudo-scientific.”

Mayor de Blasio was singled out in the lawsuit for his own personal hypocrisy, when he ignored his own social distancing and 10-person limit guidelines when he attended the George Floyd memorial event in Cadman Plaza without wearing a mask. This was especially ironic when just a few days later, Jewish children were kicked out of a Williamsburg park for violating these very same guidelines.

In April, de Blasio personally issued strong warnings to the jewish community, threatening them with arrests and prosecution, for “illegal” mass religious gatherings after the NYPD dispersed the funeral of Rabbi Chaim Mertz in Williamsburg.

“My message to the Jewish community, and all communities, is this simple: the time for warnings has passed,” de Blasio wrote in a tweet. “I have instructed the NYPD to proceed immediately to summons or even arrest those who gather in large groups. This is about stopping this disease and saving lives. Period.”

The mayor eventually was forced to apologize for those words, but the apology proved to be insincere when he doubled down on his message, calling it “tough love.”

Additionally, New York has recently allowed theaters to open their doors to accommodate George Floyd protestors for rest, wi-fi use, bathrooms, and water and snacks, even instructing police to remain off premises. This despite the fact that theaters are supposed to remain closed until phase 4 of Cuomo’s plan. Yet, neither de Blasio nor Cuomo have stepped in to stop that.

“It is time to end New York’s experiment in absolute monarchy,” said Ferrara. “We are asking the court to put an end to these unconstitutional executive orders and grant a temporary restraining order against their prejudicial enforcement.”