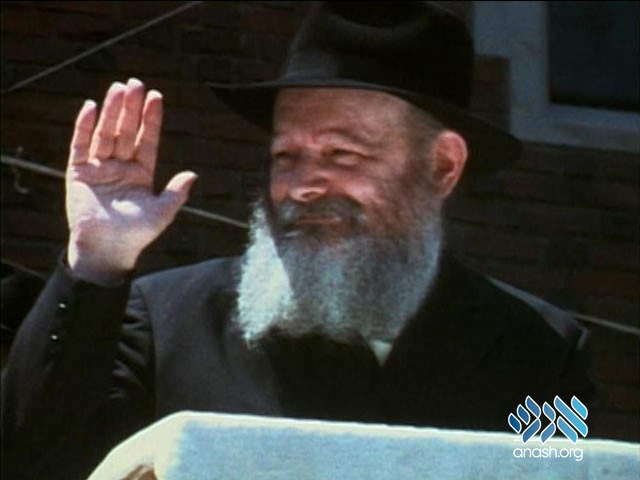 Lag Baomer by the Rebbe stands out from all other special occasions. The Rebbe spent the day together with Chassidim at parades, farbrengens, and visits to the children in the park.

We present you with a collection of audio, video, and articles pertaining to this special day.

Lag Baomer by the Rebbe – an opportune time for Brachos

It has long been a custom in Lubavitch, that Lag Ba’omer was a day to receive brachos to bear children. Every year, many women would come to the Rebbe for this purpose, and there are myriads of stories of childless women who gave birth after receiving a bracha on Lag Ba’omer.

As there wasn’t an official time for people to approach the Rebbe, those who needed this special bracha would try see the Rebbe whenever possible during the day of Lag Ba’omer. Some would wait outside the Rebbe’s house in the hope to be able to ask for the bracha when the Rebbe either came or left. When the Rebbe came to 770 that morning, there were many people standing outside 770, including many who were hoping for the chance to request a bracha as the Rebbe was arriving from his home.

When the Rebbe arrived, he distributed dollars to the assembled crowd for about half an hour. To one woman who requested a bracha for children the Rebbe answered: bekarov. To another: bekarov mamesh. To many others the Rebbe said: “zara chaya vekayama.”

In preparation for Lag B’Omer, Ashreinu has created a playlist of highlights of Lag B’Omer in the Rebbe’s presence. This playlist includes selected Sichos from Lag B’Omer parades, Nigunim and stories from the Rebbe’s Lag B’Omer Farbrengens.

In addition, Ashreinu has restored the parade of Lag B’Omer 5720.
This new version, produced from two recordings of the event, includes clearer audio of the sicha and newly discovered moments from the parade. Click here.

A Collection of Articles by Derher

Sharing Our Distress – A lesson from Rashbi on how to deal with Galus. Magazine 56 (Issue 133)

The Life of Rashbi then and now – the connection between Rashbi and the Frierdiker Rebbe. Magazine 44 (Issue 121)

For a comprehensive collection of Photos, Videos and sichos see the Rebbe Drive Lag Baomer homepage