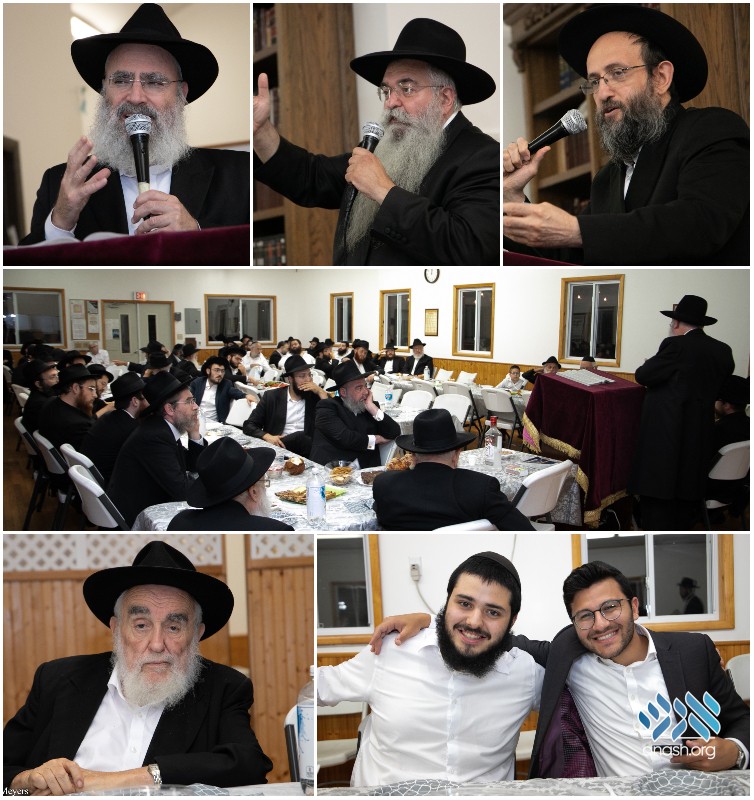 A Siyum Harambam was held in Kozy Acres Bungalow Colony on Motzei Shabbos for Lubavitchers scattered among the various bungalow colonies in Upstate New York.

The siyum was held in ‘Berel’s Shul’, named for R’ Berel Junik a”h, with the participation of many Lubavitcher from around the area, in accordance with the Rebbe’s wish to have the siyum with a large crowd.

Emceeing the event was Rabbi Menachem Minsky, menahel of Chovivei Torah. The official event began with with a sicha of the Rebbe on learning Rambam, masterfully given over by Rabbi Chaim Hertz from Antwerp, Belgium.

Next to speak was Rabbi Yosef Meyers who spoke about the place of the kiyor in the Beis Hamikdosh according to the Rambam, in accordance with the Rebbe’s instruction to learn Hilchos Beis Habchira during the three weeks.

Guest speaker was Rabbi Benzion Krasniansky, shliach to Upper East Side, Manhattan who spoke about how the halachos of Moshiach, the conclusion of the Rambam, is the tachlis of the entire Torah.

From ‘Chosson Torah’ to ‘Chosson Breishis.’ Beginning the Rambam was Rabbi Zushe Wilhelm, renowned author and teacher. In his speech, Rabbi Wilhelm explained why we learn the hakdama of the Rambam, drawing on Halacha, Agada and chassidishe stories. Rabbi Wilhelm stressed that during these times of a worldwide pandemic, we must strengthen our learning of the Rambam. This is especially true in light of the Rebbe’s words, that through learning the 83 sets of halachos in the Rambam, one is saved from a machala, which has the numerical value of 83.

Rabbi Wilhelm also discussed the forty generations from Moshe Rabbeinu until Rav Ashi, and the explanation of the Rebbe Rashab in Ayin Beis, brought by the Rebbe in Likkutei Sichos, that the number 40 is connected with the 40 years that it takes for one to truly understand their teacher.