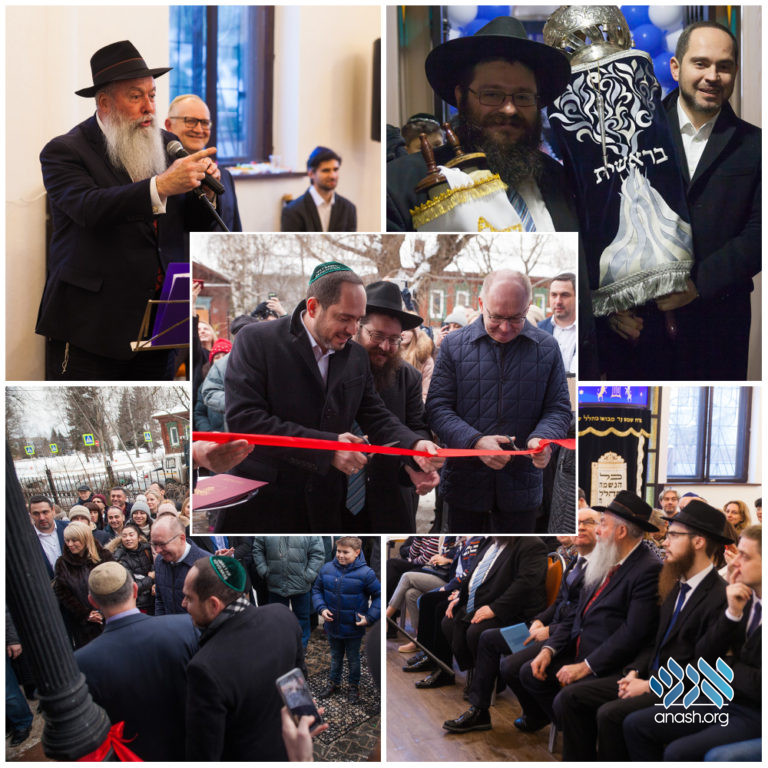 A 113-year-old shul in Kostroma, Russia, that houses a Mikva visited by Frierdiker Rebbe during his exile to Kostroma, reopened its doors after a renovation.

Possibly the oldest wooden synagogue in Europe, the synagogue in Kostroma, which is over a century old, began to show its age. The structure, which was confiscated from the Jewish community during the communist regime, is a prized treasure for the local Jewish community of Kostroma and a historical monument for Jews the world over.

The beams of the building were rotting and the building was showing its age. The community began extensive renovation on the building, replacing rotting parts and putting in new electricity and plumbing systems.

Finally, after six months, the synagogue reopened its door with a grand Chanukas HaBayis.

“Today we celebrated with friends, community members and guests from Yaroslavl and Ivanovo. After praying in a small room for several months, we are excited to be returning to our renovated and beloved shul, we are all very happy,” said Rabbi Nisson Ruppo, Chief Rabbi of the Kostroma Region.

The ceremony was attended by the entire community and many respected guests including the mayor of Kostroma, who cut the ribbon on the renewed building.

Twenty years ago, while undergoing a different set of renovations, workers uncovered what appeared to be a large sealed pit. Since they were building a kitchen around it, they decided to use it to store vegetables.

But when Chief Rabbi Nison Ruppo, arrived in 2002, he suspected that the giant hole might have once served as a mikvah. After a philanthropist signaled his intention to help the community build its own Mikva, Ruppo measured the vegetable pit and discovered that it had the same dimensions of a mikvah proscribed by Halacha.

Further investigation revealed that the Mikva, which predated the Russian Revolution, was visited by Frierdiker Rebbe during his exile to Kostroma in 5687 (1927).